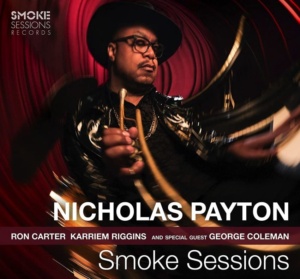 Nicholas Payton: “Smoke Sessions”
The immensely talented trumpeter and keyboardist from New Orleans, Nicholas Payton releases a sizzling new recording with formidable accompanists featuring the legendary bassist Ron Carter, the illustrious tenor saxophonist George Coleman and Karriem Riggins at the drums. Eight of the 10 selections were composed by Payton, of particular note is his tribute to the highly influential banjoist and guitarist whose influence spanned several generations of NOLA musicians, the late Danny Barker. This meeting of 2 elder statesmen of jazz with 2 forces of the current generation is not to be missed! 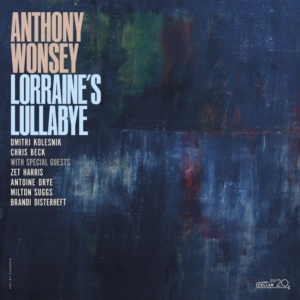 Anthony Wonsey: “Lorraine’s Lullabye”
Chicago born pianist Anthony Wonsey began his lessons at 6 years old, he views his playing as a result of “it takes a village to raise a child” or teach a musician. This session is Wonsey’s tip of the hat to all of his instructors and mentors that have made him the successful pianist and educator he has become. This album consists of mostly trio songs with3 tracks featuring trumpet and sax. Anthony has lived in NYC since 1995 and has continued to be inspired by Lorraine Tiezzi who is a connoisseur of the Black American art form known as jazz. It’s for her that this session is dedicated to. 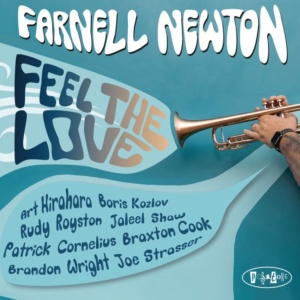 Farnell Newton: “Feel the Love”
Nephew of 2 influential a-vant-garde musicians trumpeter Farnell is a traveling man. Born in Miami, he was raised in part in Philadelphia to be near his uncles. In 1994, Farnell moved to Denver to attend the Denver School of the Arts where he was mentored by Hugh Ragin. Upon graduating Newton enrolled in the prestigious Oberlin College of Music in Ohio and then after completing his studies moved to Portland where he remains, His new recording has Aurora’s own Rudy Royston drumming as well as other first rate sidemen.