New music is introduced every Monday on “New Music Monday.” Hang with Arturo Gómez on Monday, March 28, at noon, to hear these additions to the KUVO library. 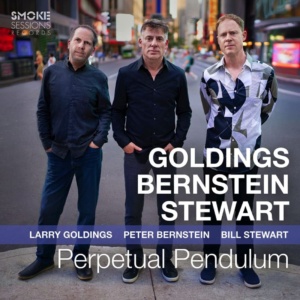 Larry Goldings-Peter Bernstein-Bill Stewart: “Perpetual Pendulum”
This superlative trio of the highest caliber musicians joins forces to release a powerhouse album. They have been playing together regularly since the late 1980s when Larry began the shift from pianist to B-3 organ player. Although in their genesis they followed the lead of Jimmy Smith and Wes Montgomery, they soon created their own path and have since become the stalwart organ trio others have attempted to emulate. The fellows dedicate this release to 3 of their recently fallen peers-Dr. Lonnie Smith, Lee Konita, and Jimmy Cobb. 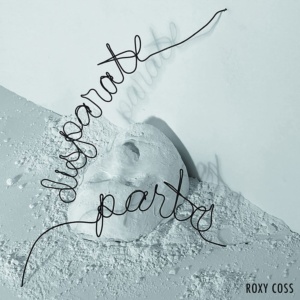 Roxy Coss: “disparate parts”
The long-awaited sequel to this quintet’s debut in 2019 has arrived and it’s worth the wait to their highly acclaimed first entry. Led by saxophonist-composer Roxy Coss, it includes Alex Wintz-guitar, Miki Yamanaka-keys, Rick Rosato-bass, and drummer Jimmy Macbride. All songs are originals composed by the members of the ensemble. Roxy says “Everything for me goes back to being a woman in jazz, that’s my identity” Coss is also the producer for this recording also serves as an album producer. The album was delayed because of Roxy’s pregnancy and the pandemic. This release lives up to its title, essentially difference, not allowing comparison! 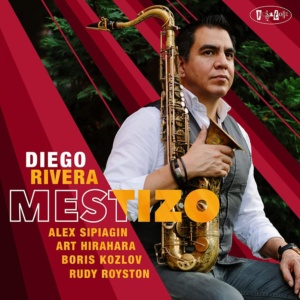 Diego Rivera “Mestizo”
Since emerging on the national jazz scene about 10 years ago, Diego has made his mark and continues to impress with his thematic recordings. Born in Michigan, his Mexican parents named him after the famous muralist of Mexico while instilling pride in his heritage. A tenured professor of saxophone at Michigan State University-East Lansing, MI, Diego addresses the essence of being Mexican, mestizo-Indigenous, and Spanish heritage. As an admirer of the late César Chávez, he follows one of his tenents: “preservation of one’s own culture does not require contempt or disrespect for other cultures”