Listen in to Jazz with Arturo Gómez on Monday, January 24, at noon, when he debuts new music added to our library on New Music Monday. 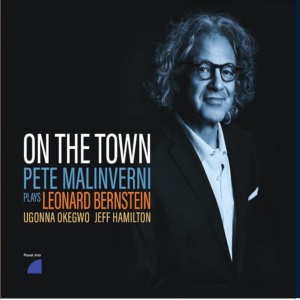 Pete Malinvernie: “On the Town-Plays Leonard Bernstein”
The Leonard Bernstein centenary occurred in 2018, yet, 4-years later the tributes continue due to the immense contributions and legacy of a true genius of music who also helped break many social barriers as well. Pete Malinverni originally hails from Niagara Falls but has been a mainstay on the New York jazz scene since the early 1980s. While playing at an haute cuisine restaurant many years ago, Leonard Bernstein and his wife happened to walk in while Pete was playing Bernstein’s “Lucky To Be Me” motivating him to thank Malinverni for playing his song. For his homage to Mr. Bernstein Pete enlisted bassist Ugonna Okegwo and Jeff Hamilton on drums to create an orchestral sound to his trio. 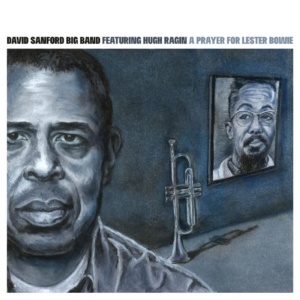 David Sanford Big Band featuring Hugh Ragin: “A Prayer For Lester Bowie”
New York City based composer and conductor David Sanford is also an established and well-respected educator at Mount Holyoke College in Massachusetts. David is a graduate of the University of Northern Colorado (UNC) where he met Brad Goode and Hugh Ragin who both appear in this recording for the late trumpeter Lester Bowie of the Art Ensemble of Chicago fame as well as leading his own Brass Fantasy band. This progressive and imaginative band would make Mr. Bowie nod his head in approval! 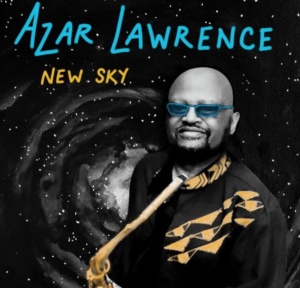 Azar Lawrence Experience: “New Sky”
For his latest release, Azar is proud to be calling forth experiences with the greats McCoy Tyner, Elvin Jones, Miles Davis, Freddie Hubbard, Woody Shaw, and other shining stars of jazz. This album is sure to please all jazz lovers. Azar’s musical style is jazz, world, fusion, and funk are all present on this album. He is on fire with a new sound that you will hear in the music that’s made to heal, inspire, and love all listeners.