After its annual hibernation, New Music Mondays returns better than ever! Welcome host Arturo Gómez back and enjoy the following highlights and more on Monday, January 23, at noon on Lunchtime! 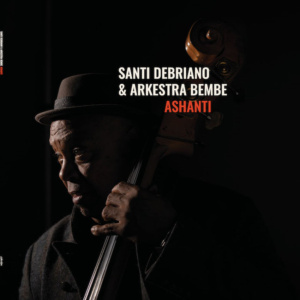 Santi Debriano & Arkestra Bembe: Ashanti
The Panamanian-born-Brooklyn raised brilliant bassist continues his comeback with a rousing recording reminiscent of Charles Mingus, Sun Ra, and the Brecker Brothers. Santi’s home was destroyed by Hurricane Sandy and while it was being rebuilt, he and his family moved to Paris. Upon their return, he recruited his Arkestra Bembe members and before recording had them rehearsing for upwards of 8 hours several times a week so when they went to the studio to record, they were a fine-tuned ensemble and the results speak for themselves in this high energy session. 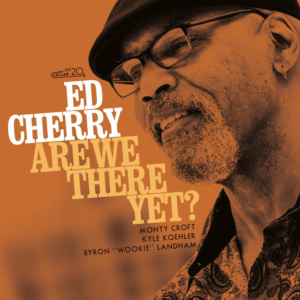 Ed Cherry: Are We There Yet?
The veteran guitarist Ed is known for his virtuosity and versatility. For his first album since the pandemic, he opted for the rarely heard vibraphone-B3 organ format. Monte Croft is the crafty vibraphonist and a new force on the scene, Kyle Koehler plays the Hammond B3. Add to this, the former Joey DeFrancesco drummer Byron “Wookie” Landham joins the others. Ed Cherry wrote an original song for his 2 daughters: “Jean/Pauline” and chose some other rarely recorded cover songs plus 1 Japanese folk song converted to jazz, a playlist that reflects the music played by the group in their live shows. 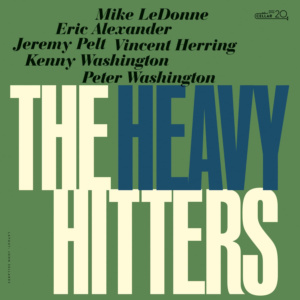 The Heavy Hitters: “self-titled”
This composite group of standouts lives up to their name. All of the members are leaders in their own right but decided to combine forces for this superlative recording The sextet consists of Mike LeDonne-piano, Peter Washington-bass, Kenny Washington-drums, Eric Alexander tenor sax, Jeremy Pelt-trumpet, and Vincent Herring-alto sax. With such a powerful and talented group, it’s no wonder that all 9 selections are originals, either by LeDonne or Alexander. I have little doubt that this session will wind up on many best-of-2023 lists in December.

Every Monday starting at noon, I debut the latest arrivals to the KUVO Jazz library, many of which are debuted ahead of their official release date. In addition to the music comments, I’ll provide a few tidbits about the artist in particular if it’s a new or up-and-coming artist.