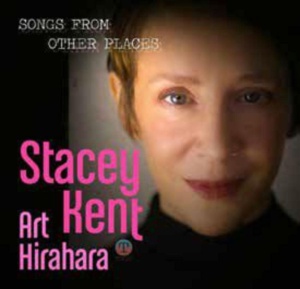 Stacey Kent – “Songs From Other Places”
An accomplished actress as well as a very popular vocalist in Europe, Stacey was awarded the Chevalier de l’Ordre des Arts et des Lettres (Order of Arts and Letters) by the French Minister of Culture in 2009. In 2007 Kent recorded “I Wish I Could Go Travelling Again” written by her saxophonist-flutist husband, Jim Tomlinson which during the pandemic became one of the most listened to songs online. For her new recording, Stacey and Jim revise the song and it’s included with the other songs all about traveling to other places featuring the stellar pianist Art Hirihara. 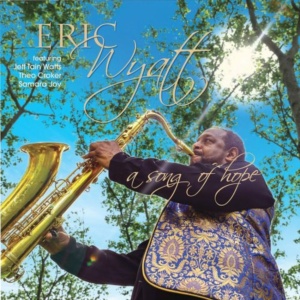 Eric Wyatt – “a song of hope”
Sonny Rollins’ godson and disciple Eric Wyatt return with a new recording that’s a splendid sequel to his debut outing in 2019. Six of the album’s selections are written by Eric who is accompanied by some of NYC’s most adept players. Donald Vega-piano, Eric Wheeler-bass, and Jeff “Tain” Watts on drums plus stand-out guests, Sonny’s nephew-Clifton Anderson on trombone, Theo Crocker-trumpet and the Sar Vaughan Vocal Competition winner of 2019, Samara Joy on 2 tracks. 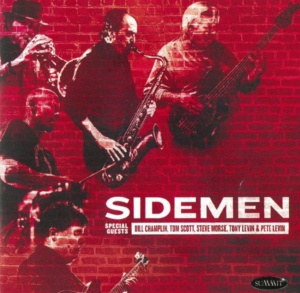 “Sidemen” (self-titled)
Trumpeter-pianist -arranger-composer Peter Welker founded the Sidemen quintet over 6 years and named it because he and his bandmates have all been sidemen for a wide array of bands in jazz. funk. and rock. For this session, Peter invited some of the great musicians he has worked with over the years, e.g Tom Scott-tenor sax, Bill Champlain of Chicago and Sons of Champlain fame, Chris Smith-the pianist for Jefferson Starship for 25 years, and others to create a mosaic of sounds coming together in a very enjoyable listening experience.

Every Monday starting at Noon, I debut the latest arrivals to the KUVO Jazz library, many of them are played ahead of their official release date. In addition to the music, I’ll provide a few tidbits about the artist in particular if it’s a new or up-and-coming artist.