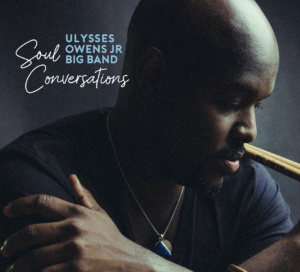 Ulysses Owens Jr. – “Soul Conversations”
Drummer-bandleader and educator Ulysses Owens Jr debuts his big band in his latest recording “Soul Conversations”. Owens is a much in-demand drummer who has played with Wynton Marsalis, Christian McBride, Kurt Elling and other stellar musicians as well as leading his own ensembles. Ulysses is also a dedicated educator who assembled a 19 piece big band that performed live at Dizzy’s Club at Lincoln Center. The ensembles features some of Mr. Owens best students and a few excellent professional players of note with special guest, Stefon Harris on vibes. This is a special advance preview of an album due out in May. 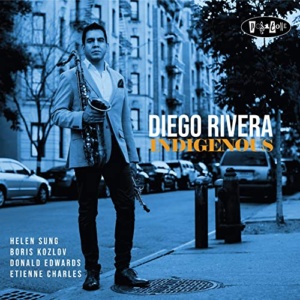 Diego Rivera – “Indigenous”
Multi-saxophonist Diego was named after the famous Mexican muralist and grew up with his family’s love for traditional Mexican music in East Lansing, MI. He began playing as a teenager and within a few years became a professional musician. After graduating from Michigan State University he has recorded several albums and since he lives by the motto: “To be a Jazz Musician, is to be a Jazz Educator.” he returned to his alma mater where he teaches music. 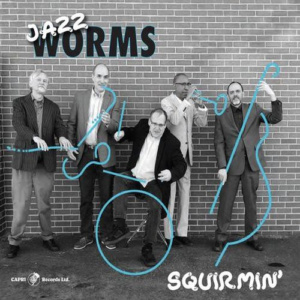 Jazz Worms – “Squirmin’”
After over 30 years since the debut recording of Denver’s very own all-star quintet, The Jazz Worms have released the sequel to their highly acclaimed and well received debut of 1987. Their first recording was released on the late James van Buren’s JBV Records label and quickly sold out becoming a sought out collector’s item. Thank to Thomas Burns of  Bailey, CO based Capri Records we finally get to hear the greatness of Andy Weyl-piano, Keith Oxman-tenor sax, Paul Romaine-drums/Bu’s box, Ron Miles-cornet and Mark Simon-bass. Curiously, all these years later, the ensemble went to the same location and resumed their original positions from their initial album cover photograph.