Composed by Cole Porter, “Night and Day” was introduced in November 1932 on the opening night of the musical Gay Divorce at the Ethel Barrymore Theater in New York City. The show stared Fred Astaire and Claire Luce, and ran for 247 performances. This would be Astaire’s last Broadway show.

Astaire’s recording of the tune with Leo Reisman and His Orchestra became a hit just a few weeks after the opening of the show. The tune climbed to the top of the charts, where it remained for 10 weeks.

In the following years, this composition would appear on the charts again, with renditions by Eddy Duchin and His Central Park Casino Orchestra, Charlie Barnet and His Orchestra, Frank Sinatra, and Bing Crosby.

In 1934 the musical was adapted into a film, The Gay Divorcee. The only Porter composition that made it into the film’s score was “Night and Day.” Astaire reprised his role in the film, accompanied by Ginger Rogers.

Accounts vary on how Porter came up with the idea of using a persistent note in the verse. One origin story says Porter was inspired by the beat of a tom-tom during a visit to Morocco. Another story claims that the idea came during a visit with friends on a rainy evening, when the hostess exclaimed “This drip-drip-drip is driving me mad.”

Both versions can be supported with lyrics in the song, which opens with ““Like the beat, beat, beat, of the tom-tom; When the jungle shadows fall…” and in the verse says “Like the drip, drip, drip, of the rain drops…”

While there are many interesting versions of the song by artists like Benny Goodman, Artie Shaw and Edmond Hall, one of the most popular is the 1944 recording by Mary Lou Williams’ band, with trumpeter Bill Goodman.

Other notable artists who have recorded “Night and Day” include Eartha Kitt, Ella Fitzgerald, Tony Bennett, Ringo Starr and U2.

The tune has appeared in a variety of films, musicals and television programs. Some popular films include Radio Days (1987), Jumanji (1995) and What Women Want (2000). Of course, it’s also featured in the 1946 Cole Porter biopic titled Night Day, in which Porter is questionably portrayed by Cary Grant.

There are more than 950 versions of Night and Day. Tune in today as we celebrate Jazz Appreciation Month with some of this compositions most notable covers! 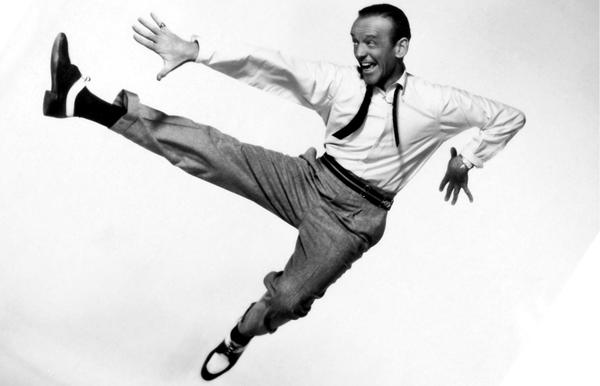