In the January 9 edition of The New York Times, there is an interesting article titled “5 Minutes That Will Make You Love.…” What follows is a range of interviews with people from a variety of categories from Opera to the trumpet. In that latter group, five of the seven folks interviewed play the trumpet while two are a composer or a conductor. And of the five brass men, three are in the jazz category. They are Terence Blanchard, Wadada Leo Smith, and Nate Wooley.

By this time, many of you might be somewhat familiar with Wooley’s name given that I always write of him whenever I discuss the large batch of trumpeters connected to Denver who have carved out a spot on the larger jazz scene. The list that includes Wooley is indeed impressive.

In his comments on what five minutes make you love the trumpet, Wooley interestingly says: “The trumpet is a length of impossible plumbing – physically demanding and fickle – and playing it an act of illusory control. Trumpet players, at their best, give up some part of this deception, and their imperfection lets the listener in on a secret: the musician’s humanity. They strive toward something essential, and the failure to reach it shows their true virtuosity. 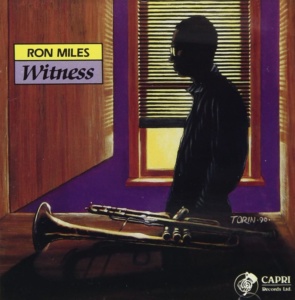 Wooley’s punch line follows: “What Ron Miles achieves on “Witness” demands that he go beyond his prodigious technique, and the heart-rendering sound that comes from his breaking of the illusion is the trumpet at its most essential: vulnerable, virtuosic, and real.” That gives you one perspective as to why the Denver-based trumpeter, who now plays the cornet more often than not, has established such an outstanding reputation way, way beyond the West.

Ron’s “Witness” disc came out on Capri Records in 1990 with a Denver crew made up of saxophonist Fred Hess, drummer Bruno Carr, pianist Art Lande, and bassist Ken Walker. Sadly, both Fred and Bruno have since passed away.

Miles’ most recent CD is “Rainbow Sign” on Blue Note. That is a follow-up to his 2017 release “I Am a Man” with the same monstrous personnel as in 2017 (Brian Blade, Bill Frisell, Thomas Morgan, and Jason Moran). Pianist Moran has been especially on our mind due to his painting exhibit at Denver’s Museum of Contemporary Art that ends on January 30. 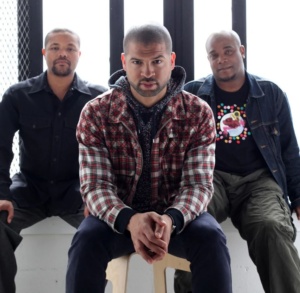 Moran’s exhibit has been accompanied by a concert series. The series continues this week at the Holiday Theater, a satellite of the museum on 32nd Ave. across from North High School, with Moran’s top-tier trio, Bandwagon (bassist Tarus Mateen and drummer Nasheet Waits). The concert is on Friday, March 18, at 7 p.m., and tickets are sold through the Museum of Contemporary Art.

While Ron Miles is frequently mentioned here, keep in mind that he is not the only main entrée to watch for on Denver’s trumpet menu. Hugh Ragin, for example, is among the ranks of the top brass men with avant-garde roots and is now part of the new edition of the Art Ensemble of Chicago, while Greg Gisbert not only plays with Maria Schneider’s great orchestra but was the first person with a Denver connection who was a finalist in the Thelonious Monk International Competition that started in 1987 – and changed names from Monk to Herbie Hancock in 2019.

There is also a pretty full schedule of great music at Dazzle, Nocturne, and the Muse Performance Space.