This week begins and ends on two very interesting musical notes. To kick things on Thursday, piano Donal Fox brongs his Inventions Trio to the University of Denver’s Newman Center, 2344 E. Iliff Ave. While Fox has played with people on the order of saxophonists David Murray and Oliver Lake, he lands here to do his Scarlatti Jazz Suite Project that pays a musical visit to classical sounds with a jazz sensibility in hand. Along with the classical-meets-jazz sounds, Fox doesn’t ignore music from John Coltrane, Thelonious Monk and Ornette Coleman. His Inventions group is on stage at 7:30 p.m. (303-871-7720).

While Fox starts the musical week on Thursday, it’s noted guitarist John Abercrombie who wraps it up on Wednesday with a visit to Mount Vernon Country Club in Golden, located west of Denver off of exit 254 on I-70. Abercrombie spent the first part of the 1960s at Boston’ Berklee College of Music before migrating to New York in 1969. In the Big Apple, he worked with drummers Chico Hamilton and Billy Cobham and released his first album under his own name in 1973 on the ECM label, joined by drummer Jack DeJohnette and keyboardist Jan Hammer. The guitarist, who became closely associated with ECM, was also part of the group Gateway with DeJohnette and bassist Dave Holland. He was also part of the more jazz-rock group Dreams with the brothers Brecker.

He is at Mount Vernon Country Club on Wednesday with pianist Marc Copland, drummer Joey Baron and bassist Drew Gress, all of whom appear on Abercrombie’s current disc, 39 Steps. There is a buffet dinner at the country club that starts at 6 p.m., followed by the music at 8 p.m. You can go for the food and music or just the music alone (303-526-0616).

And there’s no shortage of sounds in between Fox and Abercrombie. On Saturday, one of the stronger, crossover jazz groups around, the Rippingtons featuring guitarist Russ Freeman, are at the Soiled Dove Underground, 7401 E. 1st Ave. starting at 7 p.m. (303-830-9214). On Friday, the Convergence sextet is at Dazzle, 930 Lincoln at 7 and 9 p.m. (303-839-5100). On Sunday at 6 and 8 p.m., guitarist Dale Bruning’s quartet plus narrator Jude Hibler explore The Timeless Music of John Lewis at Dazzle.

Additionally, groups from the Colorado Jazz Workshop are at Dazzle on Monday at 7 p.m., followed by sounds from the classical music series at Dazzle on Tuesday and the Wyoming Jazz Ensemble at Dazzle on Wednesday at 7 p.m.. And on the subject of Dazzle, the musical week begins there with the New West Guitar Group with trumpeter Tom Gershwin at 7 and 9 p.m.

On top of this, trumpeter Ron Miles hooks up with saxophonist Joe Anderies on Saturday at Dazzle at 7 and 9 p.m. for a joint project with a rhythm section made up of Eric Gunnison, bassist Gonzalo Teppa and drummer Trevor Anderies. One of the tunes on Miles’ double CD Stone/Blossom, just happens to be “I’ll Be There,” a hit by the Jackson Five back in the day. And it just so happens that the tune is part of the long list of hits produced by the Motown label founded by Berry Gordy that is part of the play Motown: The Musical playing at the Buell Theater in the Denver Center for the Performing Arts through April 19 (303-893-4100). The play, filled the Motown songs that several generations of American know by heart, actually works very well as a musical play. Not only is it a lot of fun, it also serves as a useful reminder as to what an incredible phenomenon the Motown sound really was. And I say that not because the core, house rhythm section at label that played on so many hits was made up of many musicians who considered themselves jazz players. 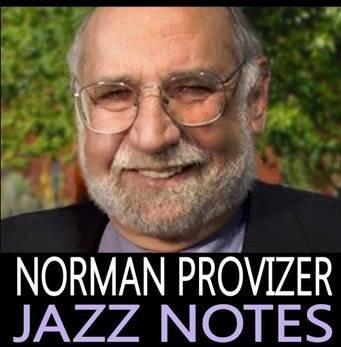