If you want to watch an Alfred Hitchcock thriller, you can always stream Dial M for Murder. But, if you want to hear some potent and highly creative musical sounds on Thursday and Friday, then you can dial up Trio M performing at Dazzle, 930 Lincoln, at 7 and 9 p.m. on both nights (303-839-5100). Trio M is made up of pianist Myra Melford, bassist Mark Dresser and drummer Matt Wilson and it is a mighty aggregation formed in 2006 that in 2012 released its second CD, The Guest House.

Melford, who most recently was in town as part of drummer Allison Miller’s band, was born outside of Chicago and connected, though violinist Leroy Jenkins, with the Windy City’s Association for the Advancement of Creative Musicians (AACM). She moved to the East Coast in 1982 and over the years has garnered impressive recognition, receiving a Fulbright, a Guggenheim Fellowship and a Doris Duke performing arts award. At the keyboards she packs a powerful punch.

Matt Wilson, of course, is one of the top drummers in jazz and he has been where with several of his groups as well, as well as working with Ron Miles and others. When you talk about musical drummers, all you have to do is to listen to Wilson to hear what that really means. Bassist Dresser rounds out the trio and you can get an idea of his talent by remembering that early in his career he was playing with Stanley Crouch’s Black Music Infinity at the same time he was performing with the San Diego Symphony.

On Saturday and Sunday, the sounds continue when saxophonist Ernie Watts takes the stage as a special guest performing with trumpeter Brad Goode’s quartet. A native of Wilmington, Delaware, Watts ended up at Boston’s Berklee College of Music. While he was a student at Berklee, a faculty member recommended him to drummer Buddy Rich who was looking for a saxophonist to fill a slot on a temporary basis. That was in 1966 and Watts ended up staying until 1968.

On the West Coast, Watts worked with Gerald Wilson and Oliver Nelson, as well as with numerous pop acts (from Zappa to Aretha and Steely Dan) and on many of the West Coast Motown sessions. He toured with Pat Metheny; and for long spell, the saxophonist was a member of bassist Charlie Haden’s Quartet West. Watts is an outstanding player who can fit into any musical context. Together with Goode’s quartet, Watts plays at 7 and 9 p.m. on Saturday and 6 and 8 p.m. on Sunday.

Outside of Denver, the 12th edition of guitarist Earl Klugh’s Weekend of Jazz at the Broadmoor in Colorado Springs also takes place on Friday and Saturday. On tap for this edition, there’s composer Burt Bacharach, a tribute to jazz and the movies with Klugh, pianist Dave Grusin and guitarist Lee Ritenour, the Jeff Lorber Fusion, saxophonist Kirk Whalum and singer Nikki Yanofsky. Elan Trotman and Selina Albright are also part of Klugh’s enormously popular Weekend at the top- shelf Broadmoor. The young Canadian singer Yanofsky headlined at the Montreal International Jazz Festival when she was all of 12. When she was 13, she recorded a tune for a tribute to Ella Fitzgerald on Verve Records. And Quincy Jones produced her current CD, Little Secret. Additionally, players such as Grusin (a Colorado native) and Ritenour are talented musicians (844-486-5171 for information and tickets).

Back in the Denver area, pianist Jerome Gilmer and his trio provide the sounds for the latest Jazz for Jazz Lovers home-concert series. The music is at 4 p.m. on Sunday (303-400-5288). On Saturday, pianist Purnell Steen and his Le Jazz Machine group performs P*S*A*L*M at Nocturne, 1330 27th St., at 6 p.m. Steen’s machine is made up of trumpeter Hugh Ragin, saxophonist Max Wagner, bassist Fred Fuller and drummer Cody Moffett (303-295-3333). Also on Saturday, there’s a celebration at Union Station on what would have been singer Billie Holiday’s 100th birthday (the actual date is April 7). The event runs from 4 until 6 p.m. 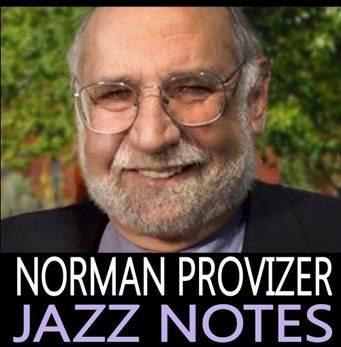