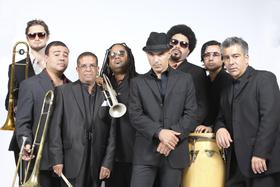 As we move into October, it’s time for the annual Summit Jazz event that runs from Friday through Sunday at the Radisson Southeast, 3155 Vaughn Way in Aurora. The New Orleans trad-jazz and mainstream oriented affair features the Jim Cullum Jazz Band, Jeff Barnhart and Summit Classic, the Summit All-Stars, Ivory and Gold, After Midnight, Joe Smith and the Spicy Pickles Jazz Band and the Summit Hot Seven plus players on the order of guitarist Howard Alden, trumpeter Duke Heitger, trombonist Dan Barrett and clarinetist Allan Vaché. The 38th edition of the affair runs on Friday evening, Saturday daytime, Saturday evening and Sunday daytime (303-670-3820).

Keeping with some of the New Orleans spirit of Summit Jazz, there’s a performance on Thursday called The Music of Storyville: New Orleans with Doug Krause and Dirty Shoes Band. This musical revisiting of the sounds of New Orleans’ famed red-light district takes place on the Auraria campus, sponsored by the University of Colorado Denver, in the Recital Hall of the King Center, 855 Lawrence Way at 7:30 p.m. (303-566-2296).

When it comes to New Orleans, it’s easy to think of Tennessee William’s 1947 play A Streetcar Named Desire. Two years before Streetcar, Williams’ play Glass Menagerie opened on Broadway. That autobiographical play is currently at the Denver Performing Arts Complex (DCPA) through October 16 in the Ricketson Theater – and it remains a most compelling outing 71 years later (303-893-4100). Check out Steve Chavis’ piece on the First Take discussion of Menagerie with Bob Bows right here on the KUVO site.

In a somewhat similar vein, Rocky Mountain PBS is presenting an evening celebrating Hamilton’s America on the making of Lin-Manuel Miranda’s incredibly successful and important hip-hop Broadway musical on Alexander Hamilton and the founders. That event runs from 5 until 6:30 p.m. on Wednesday in the DCPA’s Robert and Judi Newman Center, 1101 13th St., third floor. Ten at 7 p.m., there’s a Hamilton after party at Dazzle, 930 Lincoln, with singer Ed Battle, Mikey Smith and Joseph Lamar along with a chat on Hamilton by someone named Provizer. Tickets are available online.

Beyond Hamilton, Dazzle this musical week also offers: pianist Adam Bodine and his quartet on Thursday starting at 7 p.m. bassist Ken Walker’s strong sextet on Friday at 7 and 9 p.m.; saxophonist and fine flutist Nelson Rangell on Saturday at 7 and 9 p.m.; the CP30 sextet with trumpeter Tom Gershwin and vibraphonist Greg Harris on Sunday at 7 p.m.; and saxophonist Arisha Rush launching her new CD Pursuit on Tuesday. Also on Monday, Dazzle has the after-school Soundhouse’s Soul Confluence and the Kent Denver Jazz Combo at 7 p.m. (303-893-5100). Additionally Thursday finds the Latin sounds of José Conde & Ola Fresca at Baur’s Listening Lounge, 1512 Curtis, starting at 8 p.m. (303-615-4000). They play Cuban and Puerto Rican music with a New York attitude!

There are some lessons that need to be restated time and time again. And music can help do just that. Fifty years ago, producer/director Harold Prince used the Broadway play Cabaret to tie racism in America to the rise of Hitler in a way to serve as a powerful reminder that it could happen here. The passage of a half-century has not erased that connection. Set in the final years of the Weimer Republic in Germany, and not long before the Nazis rise to power in 1933, the Roundabout Theatre Company’s Cabaret at the Buell Theatre in the Denver Performing Arts Complex should give all of us pause to consider that very point, especially when you hear the song “Tomorrow Belongs to Me.” The play at the Buell runs through October 9.

One of KUVO’s ”30 Under 30″ featured artists from their 30th Anniversary year-2015, pianist Walter Gorra and his quartet continue their residency at Nocturne, 27th and Larimer in the hot RiNo District of Denver, Fridays-7 til 11pm. Walter on piano accompanied by Gonzalo Teppa-bass, Manuel López-drums and Greg Tanner Harris-vibes. They will be performing Afro-Cuban, Brazilian and mainstream jazz every Friday through the end of October. This Friday, Max “The Sax” Wagner and Jeff Jenkins take the stage as 11:15pm for the late night sessions. 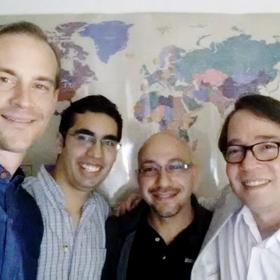