“On the Sunny Side of the Street | Stories of Standards

“On the Sunny Side of the Street”, by Dorothy Fields and Jimmy McHugh, was introduced in Lew Leslie’s “International Review” on February 25, 1930. While Dorothy Fields’ lyrics are unquestioned, Fats Waller’s contribution to the melody line remains a mystery, given early drafts in his hand and the fact that he was at that time writing and selling a number of tunes. The music itself is wonderfully bright, cheerful and engaging and has been a favorite of musicians and audiences since it first came out. Louis Armstrong’s 1933 release was one of the earlier great recordings. Others include those by Ella Fitzgerald, Dizzy Gillespie, Billie Holiday, Benny Goodman with Peggy Lee, Dave Brubeck and Jimmy Smith.

Dorothy Fields (1905 – 1974) was the first woman inducted into the Songwriters Hall of Fame. Her seven-year partnership with Jimmy McHugh produced a series of great songs, from “I Can’t Give You Anything But Love” (1928), “On the Sunny Side of the Street” and “Exactly Like You” (1930), “Don’t Blame Me” (1933) and “I’m in the Mood for Love” (1935). She collaborated with Jerome Kern on “Swing Time” (1936), which included “A Fine Romance”, a perennially popular song used as the theme for the Judy Dench/Michael Williams British comedy of the same name. 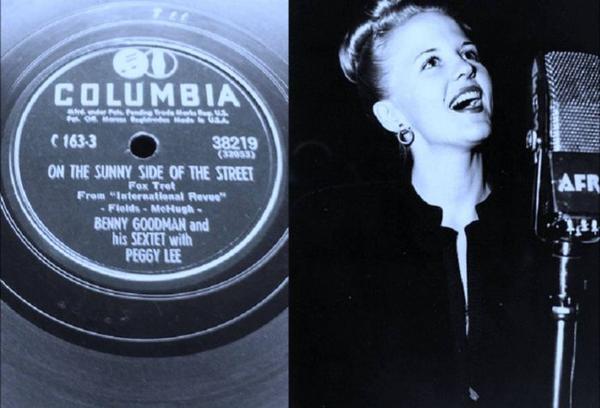