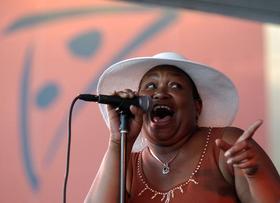 Earlier this year tenor saxophonist Joshua Redman launched his newest band, Still Dreaming, in Denver. That band which captures the spirit of the Old and New Dreams quartet that included Joshua’s dad, Dewey Redman, on saxophone, filled Dazzle for six sets over the three nights the band was there. This week, Redman is back at Dazzle, 930 Lincoln, with his current quartet that has Aaron Goldberg on piano, Reuben Rogers on bass and Greg Hutchinson on drums. The quartet plays at 6 and 8 p.m. on Tuesday and Wednesday (and also at 6:30 and 8:30 p.m. on June 24). All of the shows are listed as sold out but check out availability (303-839-5100). The band is definitely worth it.

Redman quickly made a name for himself on the national scene when he won the Thelonious Monk saxophone competition in 1991 after graduating from Harvard. Instead of attending Yale Law School, he stayed with music and released on album with his father in 1992 and the first quartet disc under his own name in 1993. Over the 23 years that have followed, Redman has maintained his top-shelf reputation in a number of contexts, including with the band James Farm and his deep involvement with the San Francisco Jazz Festival in all its forms.

The saxophonist, who grew up in Berkeley, California, continues to follow a number of musical paths, including, of late, his touring and recording with the potent trio Bad Plus. And just weeks from now, Bad Plus (Ethan Iverson, Reid Anderson and David King) will be at Dazzle on July 13-14.

Along with Redman, the other national artist at Dazzle this week is singer Jane Monheit. Seven years after Redman won the Monk saxophone competition Monheit came in second in the 1998 Monk vocal competition. She was all of 20. (Interestingly, the winner of the competition to discover new talent that year was singer Teri Thornton, who was born in 1934, and had actually received a good deal of attention in the 1960s before largely fading out of view. Third place that year went to Roberta Gambarini.)

Hearing a top-ranked singer like Monheit in a small venue, instead of large hall, is a always a treat.  She is on stage on Saturday at 7 and 9 p.m. and on Sunday at 6 and 8 p.m. Her new CD is the Songbook Sessions: Ella Fitzgerald that offers production and playing from trumpeter Nicholas Payton. To put it simply, Monheit and Ella appear to have been made for each other.

On Monday at Dazzle, the Metropolitan Jazz Orchestra does its thing with guest Greg Gisbert on trumpet at 7 p.m. Later this month (June 26-27), Gisbert, who moved onto the national scene from Denver, is back at Dazzle with his Giz Band (with bassist Mike Boone and drummer Tommy Campbell along with area-based pianist Annie Booth) before heading out on tour. Gisbert, by the way, took third place in the 1990 Monk trumpet competition.

Additionally, Dazzle on FRIDAY  has tenor saxophonist Peter Sommers with a septet at the club at 7 and 9 p.m. When you find a group of area players that includes Sommers and you know you have a band with top musicians.

Finally, back in Denver on Saturday, there is the Juneteenth Music Festival in city’s Five Points area along Welton with multiple stages of sounds. Things kick off at 10 a.m. with a parade. Followed by the music starting at 11 a.m.  And next week, there’s Jazz Aspen Snowmass’ June Experience that has a touch of jazz (jazzaspensnowmass.org). 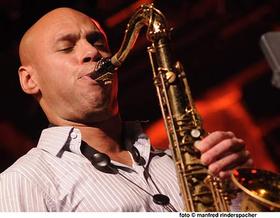