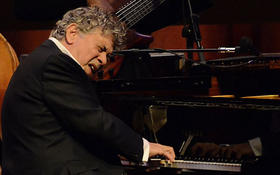 It may be a while before we see a repeat of this past week’s amazing lineup of jazz performances. After all, when you can see saxophonist Bobby Watson, Herbie Hancock, Chick Corea, Bela Fleck and the Flecktones and pianist/singer Eliane Elias all within a span of just five day, that’s something special. Still, this week finds some serious sounds coming to town.

The first of these is on Saturday and Sunday when cornet/trumpet master Ron Miles co-leads a quintet at Dazzle, 1512 Curtis St., with drummer Rudy Royston. Both Miles and Royston came to Denver at young age and grew up here. Returning to Denver after time at the Manhattan School of Music, Miles went on to establish a strong national reputation while keeping his home base in Denver where he coordinates the Jazz and Improvised American Music program at Metropolitan State University of Denver.

Drummer Royston benefited from Miles presence, frequently performing with Miles’ groups. Royston learned well and has since made his own splash on the New York scene, capturing the top spot among rising-star drummers in the 2014 Downbeat “Critics Poll.” The rest of the band has talented MSU Denver student Solomon Chapman on piano, Hank Robert on cello and Thomas Morgan on bass.  Interestingly enough, the thread that connects all of these players save Chapman is guitarist Bill Frisell . Like Miles and Royston, Frisell moved to Denver at a young age and grew up here. Miles has played in Frisell’s quartet and has a trio with the guitarist and drummer Brian Blade. Royston, too, can be found in a Frisell group. The same is true of Roberts (a cellist whose playing always knocks me out) who spent a number of years in an earlier version of Frisell’s quaret. And Bassist Morgan has a striking new duo album, Small Town, with Frisell recorded at the Village Vanguard, as well as appearing with Royston on Frisell’s When You Wish Upon a Star project.

The group plays at Dazzle on Saturday at 6:30 and 9 p.m. and on Sunday at 5 and 7:30 p.m. It is certainly a group I’m looking forward to hearing (303-839-5102). The other main player on tap this week is pianist Monty Alexander. The man from Kingston town came to Miami from Jamaica in 1961 and then moved on the New York a couple of years later becoming a regular with players such as bassists Ray Brown and John Clayton and drummer Jeff Hamilton. Currently, in addition to his trio, Alexander also leads the island flavored Harlem-Kingston Express band.

At Dazzle on Tuesday and Wednesday, the talented pianist, who keeps one foot in his island home, is in the company of bassist Hassan Shakur and drummer Jason Brown. Alexander is a strong player, with and added compelling lilt to his sound. The trio is on stage at 6 and 8:30 on both Tuesday and Wednesday.

Pianist/singer Eliane Elias continues bringing her attractive samba sound to Colorado with an appearance at the Vail Jazz at Vail Square series on Thursday at 6 p.m. (vailjazz.org) and at the Jazz Aspen Snowmass JAS Café series in the Aspen Art Museum on Friday for a 7 p.m. dinner package and at 9:15 p.m. (jazzaspensnowmass.org). Singer Nnenna Freelon is also part of that series on Saturday at 7 and 9:15 p.m., as is British singer/multi-instrumentalist Jacob Collier who is on stage on Sunday. Collier is also in Denver at the Bluebird Theater, 3317 E. Colfax, on Tuesday at 7 p.m. (303-377-1666).

Over at Nocturne, 1330 27th St., the club has announced several national artists that have been added to its menu. Clarinetist/saxophonist Ken Peplowski is scheduled for August 30, followd by drummer Jeff Hamilton, Hammond B-3 player Akiko Tsuruga and guitarist Graham Dechter on Septembet 6 and 7. Bassist Katie Thiroux is next up with her trio on October 3, followed by saxophonist Greg Osby and Ben Markley on October 26. The current artist-in-residence lineup at Nocturne is Adam Bodine on Thursday, Trio + 1 (with Brian Claxton and Tom Amend) on Friday, saxophonist Peter Sommer on Saturday, the Hard Bop Quintet on Tuesday and the Annie Booth Trio on Wednesday. The music each night kicks off at 7 p.m. (303-295-3333).

Back at Dazzle (now in the historic Baur’s Building), soul/jazz singer Rajdulari is on stage on Thursday at 6:30 p.m. followed by the Stephen Thurston Trio at 8 p.m. Then on Friday, the rockish Jux Country plays the Pretenders at 6:30 p.m. with guests, singer Julie Monley and guitarist Colin Bricker. 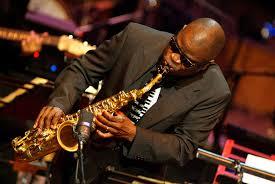