Rita Moreno: Just a Girl Who Decided to Go For It

Discover how Moreno defied her humble upbringing and racism to become one of a select group of Emmy, Grammy, Oscar, and Tony Award winners. Explore her 70-year career with new interviews, clips of her iconic roles and scenes of the star on set today.

American Masters — Rita Moreno: Just a Girl Who Decided to Go For It airs this month on RMPBS in honor of Hispanic Heritage Month. See preview here 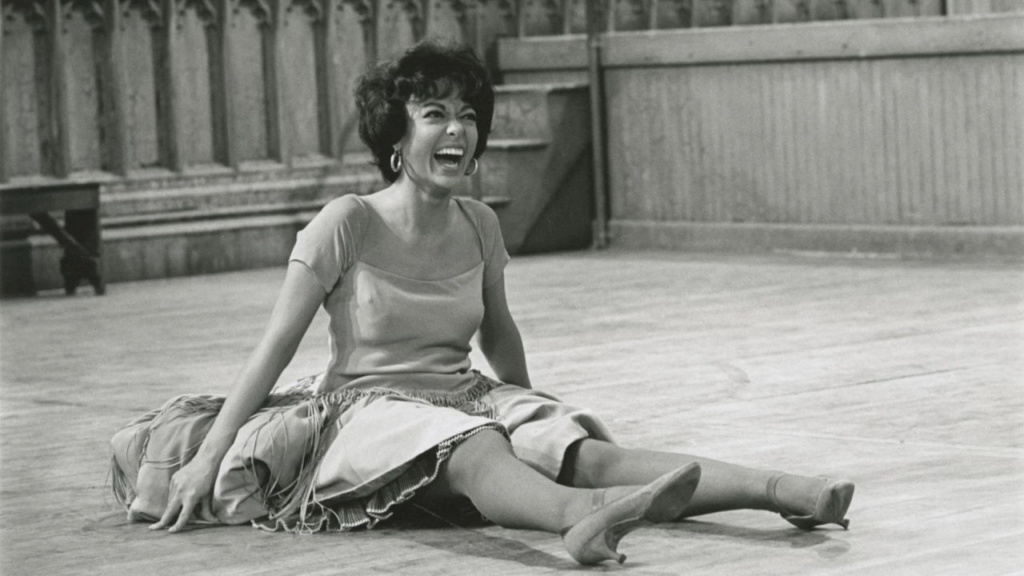 Over a career spanning more than 70 years, Rita Moreno defied both her humble upbringing and relentless racism to become a celebrated and award-winning actor. American Masters — Rita Moreno: Just a Girl Who Decided to Go For It explores the star’s rich, decades-long career using vérité footage of Moreno today, archival footage of her roles and appearances, reenactments of her childhood, animation and interviews with Moreno, those close to her and performers she influenced. Film interviewees include Gloria Estefan, Morgan Freeman, Mitzi Gaynor, Whoopi Goldberg, Eva Longoria, Justina Machado, Terrence McNally, Karen Olivo, as well as Norman Lear and Lin-Manuel Miranda, who are also executive producers on the project.

Born into poverty on a Puerto Rican farm, Moreno and her seamstress mother immigrated to New York City when Moreno was five years old. After studying dance and performing on Broadway, Moreno was cast as any ethnic minority the Hollywood studios needed filled: Polynesian, Native American, Egyptian and more. Despite becoming the first Latina actress to win an Academy Award for her role as Anita in “West Side Story” (1961), the studios continued to offer Moreno lesser roles as stereotypical ethnic minorities, ignoring her proven talent.

Beyond the racism she experienced as a Latina actor, American Masters — Rita Moreno: Just a Girl Who Decided to Go For It explores the lesser-known struggles Moreno faced on her path to stardom, including pernicious Hollywood sexism and sexual abuse, a toxic relationship with Marlon Brando and an attempted suicide a year before she won her Oscar. The documentary also revisits her notable roles, including The Electric Company (PBS), the Broadway and feature film version of “The Ritz,” Oz and, most recently, One Day at a Time. The documentary demonstrates Moreno’s talent and resilience as she broke barriers, paved the way for new generations of artists by refusing to be pigeonholed and fought for Latinx representation in a variety of genres.

“As a filmmaker, woman and Puerto Rican, I am proud to have the opportunity to tell Rita’s story,” said director Mariem Pérez Riera. “Her many victories in the face of prejudice are an inspiration to me. Hopefully, this film will give strength to the women all over the world, who today, face a similar fight towards equality.”

The film world premiered at Sundance Film Festival in 2021 and had a successful theatrical run.

Immediately following the documentary’s premiere, American Masters and VOCES co-present Lights, Camera, Acción, a short documentary directed by Ben DeJesus. Lights, Camera, Acción is a celebration of the incredible impact Latinos have made in Hollywood — past, present and future, with a focus on the exciting new wave of talent that is blazing their own trail in the industry. Featuring prominent Latinx voices in film and television, this special captures the candid perspectives of talent from in front of and behind the camera, as they share their personal journeys and outlook on the future. Included are actors Edward James Olmos, John Leguizamo, Eva Longoria, Jimmy Smits, Gina Torres, Justina Machado, and Xolo Maridueña (Cobra Kai); showrunners Tanya Saracho (Vida), Peter Murrieta (Mr. Iglesias), and Marvin Lemus (Gentefied), and more.

A Night Around the World