The following is an excerpt from a lengthy interview I conducted with Bobby Greene on May 16, 2014. In this excerpt I focus on the struggle in a student’s life, when the young musician determines that a career in music is possible. 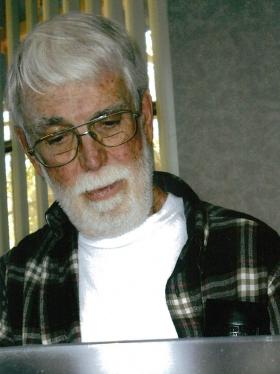 BG: After getting out of the Navy and being a student for one year at CU-Boulder I was out of money and needed a job. I loaded trailers for Santa Fe Truck Lines (laughing) for a month; then, my mom found a want ad that said, “jazz pianist, male or female” wanted. I called and it was The Robin’s Nest on Lookout Mountain (outside Golden) run by Ray Iverson and Vern Byers—a jazz institution since the 1950’s. I was just doing this to make some money so I could go back to school; that’s where I started playing. But, while still in college, some friends from high school called saying they had a job up in Breckenridge at The Gold Pan Bar—they asked do you want to do it? I said, “Sure.” It got me hooked again. I came back from up there and I couldn’t get to sleep at night because I was running tunes in my head. Following the period of heavy lifting trailer loading, I began a fifteen month nightly engagement at the Robin’s Nest—it was 1962. 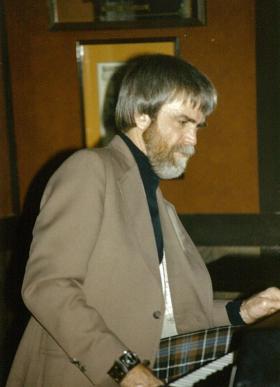 PF: Earlier we talked about your recording Reminiscing (1964) with Johnny Smith (guitarist and composer of “Walk, Don’t Run” popularized by The Ventures), who had moved to Colorado Springs from New York. Tell us about this–your first recording date and was it at a studio?

BG: It wasn’t in a studio; it was in the living room of the sound engineer at one of the radio stations in Colorado Springs. John decided to do a group album with the guys that were working with him in Denver at The Band Box—Bill Bastien on bass, Darryl Goes on drums, and me. So, we went down to Bud Edmonds’ living room and he just, you know, made tapes of us playing things. It took two or three sessions for us to get enough material for the album. And, that’s where that was done; it wasn’t actually a recording studio. Probably, Johnny was the producer. Johnny had been affiliated with Roost Records I guess, so they took that, and issued it. I think at one time the company was called Royal Roost and pretty soon it was just Roost; but that’s who John was affiliated with. I was astonished to find out just recently that, even with a name that Johnny had, he got no royalties from this recording—he got a flat rate for doing it—just like (laughing) the trio did. No royalties on it; but that’s how that came about.

PF: You were employed as Music Director at the Playboy Club in Denver.

BG: When I got that Playboy gig (I thought) I am not really adequate for this (and) I need to find out some more; so, that’s when I went back and actually did some work (laughing) other then what I had before (which) was basically on-the-job training. . . This was about the time I started listening to different stuff, too. Back in junior high, I learned how to spell out chords so that I could play anything that was on sheet music then just by looking at the melody line and the chords; and, listening to records. With the Playboy Club commitment, I felt something was amiss; so, I chose to study with Ted Alexander, who had a record of teaching local successful pianists such as Ellen Rucker, Billy Sloan, and Jon Parsons.