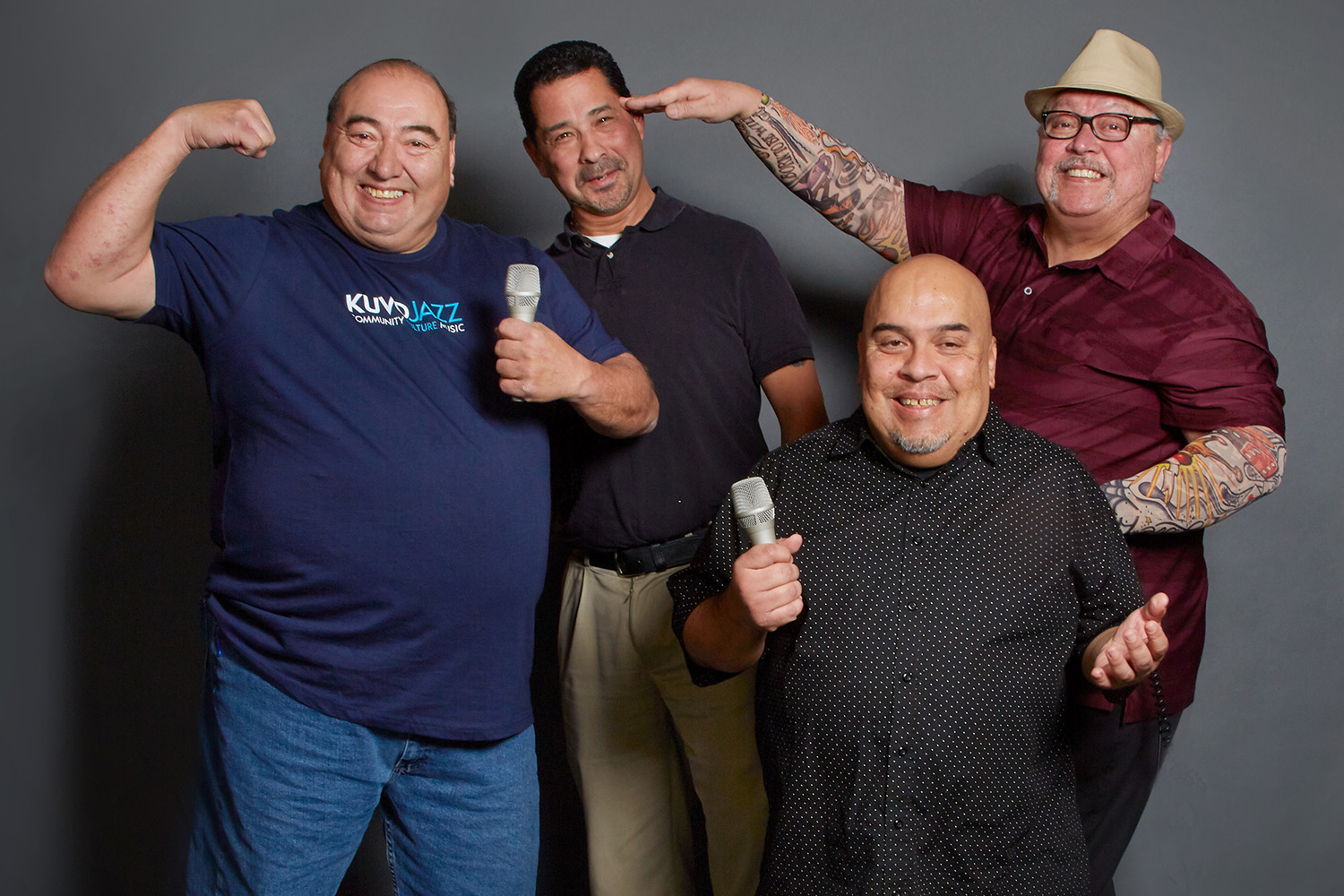 The Latin Soul Party (LSP) started in 2008 when KUVO general manager Carlos Lando wanted to do a Friday night show with Salsa and other Latin grooves, beats, and rhythms. He asked his friend and co-host of Canción Mexicana (at the time), Danny Valenzuela to host this new show.

It started mostly with Salsa, a little Cumbia and Chicano Rock. Danny came up with the idea to add a second host so he asked his friend from the KDKO days Ricky O Olguin to join him as co-host! The show’s format elevated to include some more Chicano soul artists, some classic Soul, R&B, a few Tejano and New Mexico artists that were favorites in the Latin community. The show grew into everything we liked as DJs doing parties for Denver Latins and Chicanos and Afro-Latinos.

Other good friends were added to co-host LSP,  “Jammin Joe” Serna and “Jedi” George Murad, also a past Canción Mexicana host. This is the current line-up of the show’s, hosts. Hosts rotate hosting duties but you might tune in when all four are on the air if you’re lucky.

“We do what moves us and play what we want. We talk about what’s on our minds and share with our listeners.” “We were very happy & honored to be named Denver’s Best Radio Show in 2020 by Westword Magazine.” —LSP Hosts

Hosts – Danny Valenzuela aka “Mc Cuervo”, “Jammin Joe” Serna, “Jedi” George Murad and Ricky O will have you dancing the night away!

The Latin Soul Party can be heard every Friday night from 8 to 10 pm MST on 89.3 fm or streaming world wide at kuvo.org and via the KUVO App. Tune in for good time!