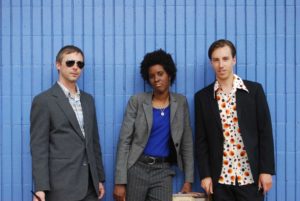 Comprised of Tenia Nelson on piano, Bob Songster on bass and Andreas Schmid– drums, Spherio is a Denver based modern jazz trio that honors the musical language and dialogue started by Thelonious Sphere Monk more than a half century ago. Spherio Plays Monk on Sunday, August 16 for two sets: 6:30-7:30 pm and 8:00-9:00 pm at Nocturne Jazz & Supper Club.