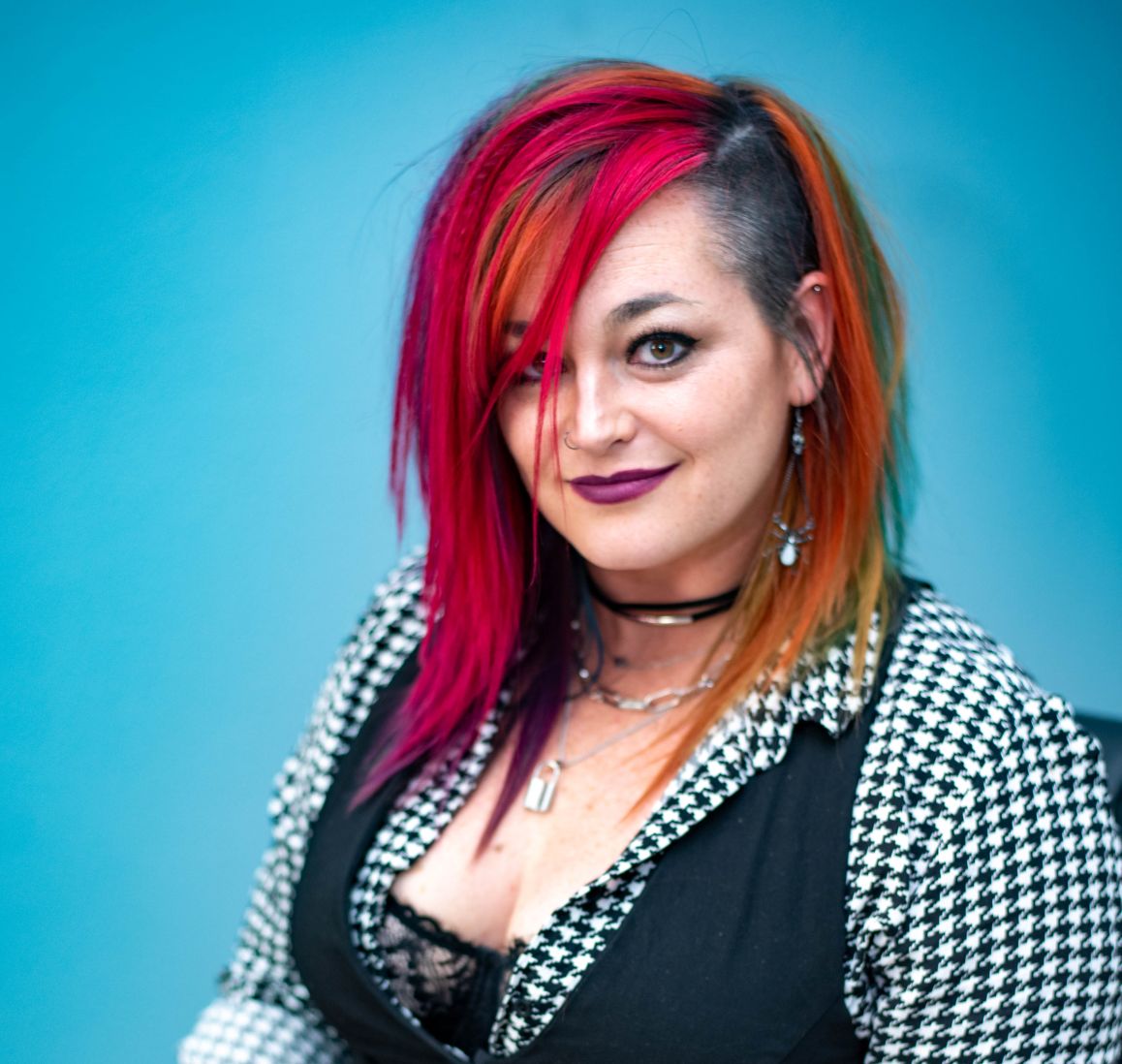 Charlee Robles aka ‘Charlee Rocks’ has been around the Music scene since birth. Her family is peppered with musicians and singers. Including her brother (drummer), aunt (singer & guitar) children (singer & guitar), and husband (Singer). Charlee is a singer and a sound freak!

She owns an award-winning mobile DJ business, and you will see her regularly in the community supporting local music of all genres, attending shows, or mixing for live bands. Charlee is surrounded by music in almost every aspect of her life!

She began a career in radio in 2012. She attended Colorado Media School in Belmar. With this knowledge, she began her journey from intern to producer, On-Air talent to the director, and now manager. Winning three CBA awards for radio production.

Now with KUVO JAZZ and THE DROP, she works as the Production Manager overseeing the production staff coordinating with the team to bring you recorded magic. She also wears the Radio Operations Manager hat connecting departments and research, training & development of new technology and best practices. Working to elevate the radio brands every day.

When Charlee is not spinning the magic behind the scenes, she is trying some new DIY or taking in some form of art or entertainment and shopping for snacks to share with her co-workers!