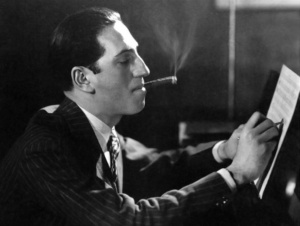 Nocturne Jazz and Supper Club hosts a special series that pays tribute to one of America’s greatest composers of all time, George Gershwin, on Thursdays throughout August. Born in Brooklyn, New York in 1898 George was a scrappy and incredibly talented musician who would become America’s most well-known composer of the time. Known for popular stage and screen numbers as well as serious classical and opera compositions, a number of Gershwin’s works would go on to become important staples in the straight-ahead “jazz standard” repertoire.

Performing this iconic repertoire will be a Denver-based jazz musician Tom Amend on piano, Patrick McDevitt on bass, Gabriel Mervine on trumpet, and Alejandro Castaño on drums.