Strange Fruit: Uncelebrated Narratives from Black History reads like a graphic novel.  But fans of the genre and history buffs will warm quickly to the look (rich tones and rewarding details) and feel (bright writing and emotional, hopeful stories) that are well-researched and all true.  Joel Christian Gill joined “First Take with Lando and Chavis” from his desk at the New Hampshire Institute of Art, where he’s Associate Dean of Student Affairs.  He also runs Strange Fruit Comics. 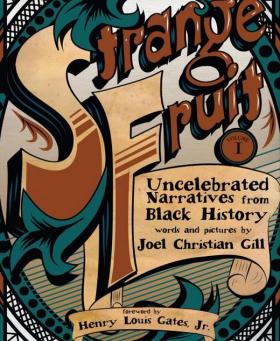 Among his amazing stories are tales we might know, like Henry “Box” Brown, who mailed himself to freedom, and world champion cyclist Major Taylor.  And there stories you may have never heard, like Bass Reeves, one of the “rootinest – tootinest” lawmen in the West, credited with capturing 3,000 outlaws in the 19th century wild West.

And chess master Theophilus Thompson.  ”In about a five year span, he was freed as a slave, learned to play chess and mastered it, wrote a book on it called Chess Moves to Play and Mate, and then completely disappeared.  There are some theories that he may have left the country, or he may have been the victim of a lynching.” 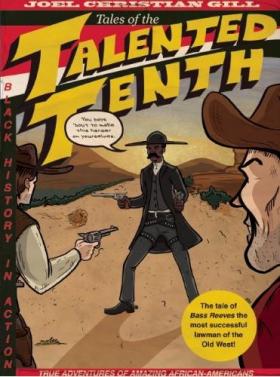 “Comics as a medium can do things can do things that other forms of art can’t, like put  a  hieroglyphic history into each character,” said Gill.

Gill named his book and his comic book company after the Billie Holiday song “Strange Fruit.”  With a flair for the ironic (as many cartoonists do), Gill dedicates his book: “For all those who freed themselves by cutting the rope.”

Music on this feature is by Carmen McRae, “You Can’t Hide Love,” from the CD Capitol Rare Vol. 2  and Thelonious Monk, “Tea for Two,” from the CD Criss Cross.