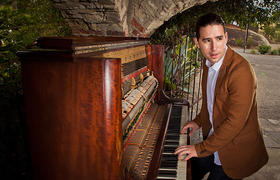 On Thursday, you have one more chance to ask if Are Glad to Be in America? That’s when guitarist/singer James Blood Ulmer closes out his two-night stand at Dazzle, 1512 Curtis. Born in South Carolina, Ulmer spent time in Pittsburg and Detroit before settling in New York in the early 1970s where he connected with saxophonist Ornette Coleman. That relationship would produce the album Tales of Captain Black finally released in 1978. Two years later, Ulmer also issued his striking Are You Glad to Be in America?

With strong roots in gospel and the blues, Ulmer expanded his music vocabulary into soul-jazz, R&B, progressive rock and Coleman’s “harmolodic” approach to sound. And when he plays, you can hear his roots that underlie all of his musical efforts. Ulmer is on stage at 8 p.m., following Thursday’s opening act, the Jack Hadley Band that plays at 6:30 p.m. (303-839-5100).

After Ulmer departs, pianist Alfredo Rodríguez takes the Dazzle stage on Friday at 6:30 and 9 p.m. The Cuban pianist, championed by Quincy Jones, has just released his fourth disc on the Mack Avenue label The Little Dream with bassist Munir Hossn and fellow Cuban, drummer Michael Oliveira. That’s the trio that will be at Dazzle. Rodríguez is part of a wave of Cuban pianists who have had a strong impact on jazz and it’s always a treat to hear them live.

Moving over to the Lakewood Cultural Center, 470 S. Allison in Lakewood, the Colorado Jazz Repertory Orchestra (CJRO), directed by Art Bouton, offers a concert of “Duke, the Count, and Stevie (Wonder) Too” on Saturday at 2 p.m. (303-987-7845). There are a number of area-based, big bands in Denver and the CJRO manages to keep busier than most. Also speaking of big bands, congratulations are in order for the Lakewood Cultural Center for bringing in Marie Schneider and her full orchestra that is filled with outstanding players. To have the opportunity to hear Schneider’s Orchestra is to have the opportunity to hear something very special.

Also on Saturday, the Brazilian group Ginga celebrates Carnival at the Mercury Café, 2199 California, at 8:30 p.m. (303-294-9258). Sticking with Saturday, the University of Northern Colorado faculty jazz quartet is at Dazzle 6:30 p.m. The group is made up of Dana Landry, Steve Kovalchech, Erik Applegate and Jim White. At 9 p.m. on Saturday, Dazzle has trumpeter Tony Glausi with a quintet. On Friday, Lionel Young and his International Blues Competition Band is at Caffe Sole, 637R S. Broadway in Boulder (303-499-2985).

The Music Appreciation Society/Denver Eclectic Concerts series is also back at Dazzle on Sunday with keyboardist Bob Malone at 6:30 p.m. Since 2011, Malone has played with John Fogerty, adding his bluesy, New Orleans sound to Fogerty’s “blues and bayous” mix (baursmagic.com). And on Wednesday, Dazzle has music from the Colorado Jazz Workshop (combo and big band) starting at 6:30. 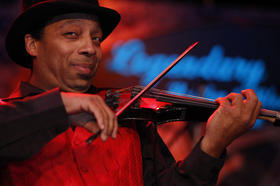