The Jazz River—British Jazz: Now and Then 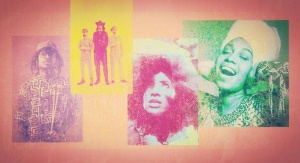 Tune in on Sunday, June 6, at 5 pm for The Jazz River and British Jazz–Then and Now to hear revolutions in the making. Only on KUVO Jazz

“Britain is famous for many styles of music. Its folk tradition stretches back hundreds of years. Its contributions to the rock and pop music worlds are immense. From Lulu to the Beatles and the Stones, from Clapton to Queen, to Black Sabbath, to King Crimson and Brian Eno. That list goes on and on. Reggae, Ska, Northern Soul, and of course the birth of the Punk movement which changed everything for a while. Britain loves its music and the world responded in kind.

Despite all these artists and their classic records, not as much attention is given to what Britain gave to the Jazz World. Of course, there were international stars like George Shearing, Marion McPartland, John McLaughlin, and Dave Holland, most of whom needed to move to the States to win that attention and regard, but jazz has been a fixture in Britain since the early 1930s.

Something is currently happening in Britain. A whole new generation of musicians is bringing jazz to a younger generation. Few outside of the scene even know about them. Likewise, in the 60s and 70s, a generation of players exited the scene with their fresh sounds. Again, few remember who they were and yet they definitely left their mark.

Regular listeners of The Jazz River know that they will often hear the less obvious examples of a genre or theme and be introduced to talents deserving of wider recognition as well as surprising crossover artists. There is a real renaissance taking place in Britain, with a new generation of players who learned from the past and have crafted an astonishing fusion of groove-based straight-ahead playing, hip-hop/R &B sensibilities, and the spiritual jazz into something original to say. They are a bit reminiscent of an earlier generation who eschewed the traditional forms of jazz to push the boundaries harder while still swinging in their own unique ways. Tune in Sunday, June 6 as The Jazz River presents British Jazz—Then and Now to hear who you probably don’t know or remember, but certainly should. Only on KUVO JAZZ.

The Jazz River—Musical Travels Along the Silk Road