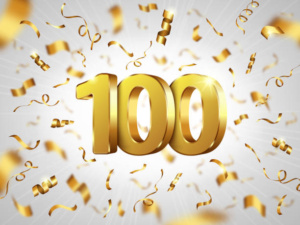 Globe-trotting and genre-crossing, from Oslo to Cape Town, from Indian Hindustani to Andalusian Gypsies, we call this The Jazz River. It fuses cultures and improvisation, pouring in and out of each style and vibe be it Portuguese Fado or African High Life, avowed Masters, or talent deserving wider recognition. They are all tributaries to The Jazz River.

In that time, we travelled to Africa with specific stops in South Africa, Mali, and North Africa. We’ve been to Arabic nations three times, East Asia, Japan, Eastern Europe, France and Britain, Scandinavia, Spain and Portugal, India, along The Silk Road, and deep to Louisiana. We hosted an Imaginary Block Party, celebrated Women of the World, Hanukkah (twice), and both a World and a Trance Dance. We explored When Fusion was Young and Gypsy Jazz (twice). We had Hot Fun in the Summer Time and even went to Planet Squeezebox. And so much more.

And over that time, I’ve profiled Rahsaan Roland Kirk, Sun Ra, Don Cherry, David Amram, Gil Scott-Heron, Taj Mahal, Frank Zappa and Jimi Hendrix (twice), Gabor Szabo, and Dr. John. We’ve celebrated producers Kip Hanrahan and Hal Willner, and record labels Flying Dutchman, Black Jazz Records, and the Red Hot Foundation. We also produced two 2-hour weeknight shows, one on composer and bandleader Maria Schneider and the other on Native American tenor man Jim Pepper, and have plans for others. It’s been quite the trip over these 2 years. I am elated that you’ve traveled with me and very grateful that some of you thought enough to write the station about you felt about the show.

Tune in Sunday, September 12, at 5 pm as The Jazz River Goes For Broke. Only on KUVO Jazz.

The Jazz River — Charlie Haden, A Bass for All Seasons Part 2

The Jazz River — My Favorite Things

The Jazz River — It's a Weird, Wild, Wonderful World