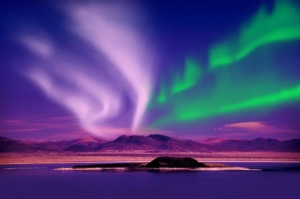 In the farthest northeastern corner of Europe, are the nations of Denmark, Sweden, Norway, Finland and Iceland. Together they make up the region called Scandinavia. Jazz came to most Scandinavian countries first in the 1930s. By the 1940s it went underground due to the Nazi occupations. However, its citizens, like others in Eastern Europe were drawn to inherent in the expression of freedom and individuality. They saw jazz as a metaphor for the lives they once had and would have again. It was slower to take root in Finland with its close ties to Russia and in Iceland where prejudice against black soldiers and their imagined influence over Icelandic women inhibited it from taking off til later. Nowadays Jazz is widespread with some of the world’s best festivals and recording studios flourishing in these nations, and with world-class players abound.

Early jazz stars such as Sven Asmussen, Nels Henning Oested Peterson, Thomas Clausen and Terje Rypdal paved the way for so many other talents to follow. Additionally, by the 1950s and 60s, American musicians such as Kenny Clarke, Ben Webster, Don Cherry, Dexter Gordon, Duke Jordan, Stan Getz all found a home there to breathe free from the constraints, racial and otherwise, they experienced back in the United States.

The Jazz River takes a journey into modern Scandinavian jazz in its many forms and shapes. Drawing on folk melodies and classical roots, pop music, fusion, straight ahead blowing and even club sounds, the music coming from these nations is as rich and vibrant as the Northern Lights. Tune in Sunday from 5-6pm (rmt) for a sample of the kinds of jazz coming from Denmark, Sweden, Norway and Finland. Only on KUVO JAZZ.