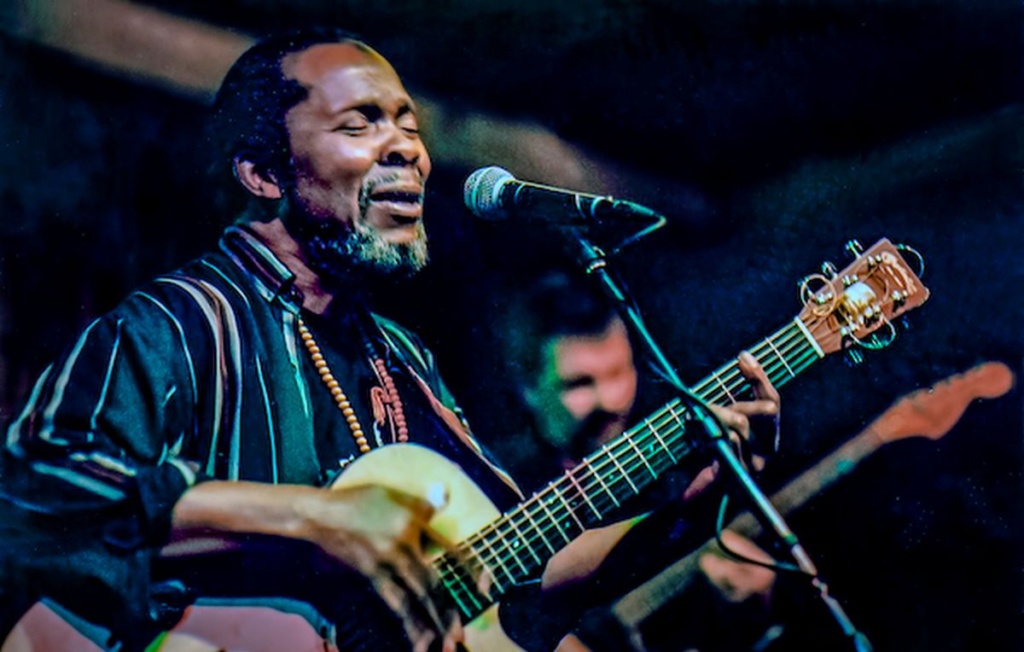 When he was in high school, someone heard him singing a popular doo-wop song and stopped him halfway. “Why are you trying to sound like somebody else. Just try and sound like you.” The most influential thing anyone ever told him.

It wouldn’t be surprising if almost no one has heard of Terry Callier. I’m from Chicago and I never really was aware of him when I lived there. He passed away from cancer at age 67 back in 2012. It wasn’t until the end of his life that he began to receive the recognition that he deserved. He did co-write a hit for the R&B band The Dells (The Love We Had Stays on My Mind), but mostly lived in the shadows of fame although may, he did inspire a cult-like following and he certainly ran with some renowned company.

Callier came from Chicago and grew up in the notorious housing project Cabrini-Green. Among his childhood friends, there were soul singers Jerry Butler and Curtis Mayfield and jazzman Ramsey Lewis. He cut his teeth in doo-wop groups as a young boy. He also played guitar and wrote songs. His writing was promising enough to be invited to join Jerry Butler’s songwriters’ workshop where he caught the attention of Charles Stepney, a producer, arranger, and songwriter at Chess records (Ramsey Lewis, Rotary Connection, EWF) and signed as a staff writer while still in his teens. In fact, at 16 he was packing to go on the road with Muddy Waters and Etta James (both on Chess) when his mother nixed the idea until he at least graduated high school.

Terry freely straddled multiple musical worlds. He grew up surrounded by R&B, blues, and jazz. As a solo artist, he began in the coffeehouse folk scene with a singing voice that carried classic soul and blues along with folk arrangements. His personality and his stage presence are at once masculine and tender, gentle and resolute. Offstage he came across as shy and understated yet deeply spiritual, and later in his career, overtly political but without any sense of cynicism. For all the wonderful musicians he played with and crossed paths with, he never really achieved the recognition his talent deserved.

It wasn’t until he has prematurely retired to raise his daughter and was sought out by British DJs that his life had a final and triumphant act. Dancefloors in Britain were going crazy with a DJ remix of his song ‘I Don’t Want To See Myself Without You (check it out on YouTube). He was tracked down and coaxed into coming to England where he was overcome by the love and affection audiences had for him. His final years were joyful ones, even collaborating with pop artists like Beth Orton and Massive Attack.

Tune in to The Jazz River and listen and hear for yourself what made Terry Callier such a special artist, that’s on Sunday, October 24, at 5 pm.