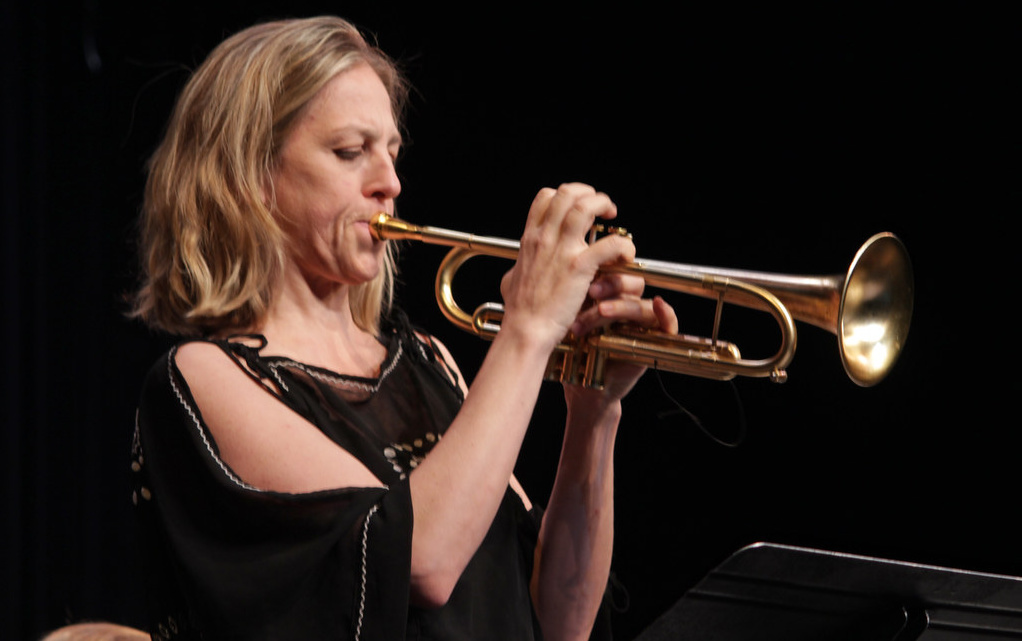 The trumpet is hard enough to just play but to be a woman playing it, often better than men, to be leading a band and writing original material in a world only slowly recognizing gender equality, that’s special.

That’s Ingrid Jensen. From remote Nanaimo BC to the world, whether in big bands, combos, backing singers, or leading her own groups, Ingrid possesses a signature sound and an indomitable spirit.

Ingrid is a different kind of jazz musician. In fact, she is not so sure that the word jazz is useful anymore, except perhaps to describe an art form, emerging from the blues that was developed by African-Americans during a particular point in history. She prefers to think of herself and her compatriots as making improvisational music, something she has been doing since she was first invited to make music of her own. Although she has thoroughly studied the masters, and she has prodigious chops and able to play in a variety of styles, what drives her and inspires her is being in the moment. Her trumpet is less an instrument and more a means to channel her musical ideas, removing her ego, relinquishing attachments to practiced scales, phrases and licks. Not that she would ever claim such a title but in this sense, she has, over time become something of a Zen master in the world of jazz.

In an interview while still in her 30s, she had this to say. “One of the beauties of the trumpet is that it’s such an expressive instrument. The more control you get over it and the more control you get physically and mentally over your body, the more these emotions come through. I mean Miles was a boxer, not just because he loved to box but because it really affected his playing. And Woody Shaw was a Tai Chi/Chi Quong master. I’m sure he experienced much deeper control over his music as got deeper into his practice. Those things are very relatable to the voice and very related to the resonance and energy you get from within as you’re in tune with, not only the music but with the physical, spiritual, emotional and mental parts which really have to be taken care of and synced up. When people don’t take care of their whole selves it affects their art.” All this matters deeply to Ingrid Jensen, and all the care she puts in prepares her for each moment when it’s time to play.

Tune in to The Jazz River on Sunday, November 7, at 5 pm and hear Ingrid Jensen’s music and the intuitive interplay between herself and her fellow artists. Only on KUVO JAZZ.