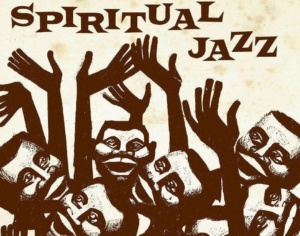 In 1965 John Coltrane’s masterpiece A Love Supreme was released. It not only wowed the critics, but won legions of jazz fans, old and new alike, who embraced his new direction, an entirely new genre of jazz was born, Spiritual Jazz. The time from the mid to late 1960s was one of great social upheaval, not unlike how it is today. Political movements were in the streets demanding justice and fairness, values of the status quo were being tested and challenged, and youth were seizing the moment to make their voices heard. Sound familiar?

In the world of Jazz a new revolution was also underway. The modal experiments in Miles’ Kind of Blue opened a new vocabulary apart from traditional swing and the chord changes from bebop and hard bop. Less became more, and this coupled with a movement towards more ‘free’ playing emboldened musicians to express themselves not simply as entertainers but complex human beings. Through their new music, they reflected the spirit of reform and revolution percolating across societies. Artists-as-leaders, they tapped into a revolution of consciousness, of soul, and of spirit. Their music became the soundtrack for individuals who desired their own changes, both personally and of the world. Over time, critics came to call this sound Spiritual Jazz.

Tune in to The Jazz River for an all-too-brief excursion along this tributary. Hear the early scientists, John and Alice Coltrane, Pharaoh Sanders, Lonnie Liston Smith, along with other rare and obscure artists, and some contemporaries still carrying the flame, Sunday, August 30, from 5-6 pm on KUVO JAZZ worldwide.