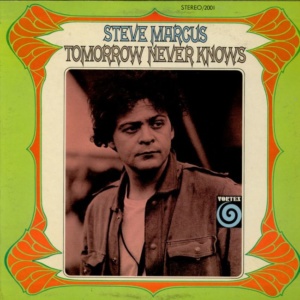 This might be controversial to say but all Jazz is Fusion. Beginning with African beat and rhythms, it added the Blues and Gospel, marching bands and the “Spanish tinge,’ and Jazz evolved into a vessel for welcoming all corners of the musical and geographic world. All Jazz is Fusion in one form or another.

What most people think when they hear the term Jazz Fusion is the influence and melding with Rock music, and later R&B and Funk. From the mid 1960s and for about 15 years it was the commercial and creative heyday for that term courtesy of Miles Davis, Weather Report, Return to Forever, Tony Williams Lifetime, and Larry Coryell on the jazz side and Soft Machine, Blood Sweat and Tears, Traffic, and Frank Zappa on the rock side just to name the most famous and arguably the most influential.

That time period was also when Jazz players were incorporating ideas from Classical, Indian, South American, and African influences, and in doing so creating new genres and bringing new audiences and record-buyers into the world of jazz. Rock music outsold and outdrew jazz, often to the dismay of established jazz stars and their devoted fans. In the late 60s, some, most younger artists like Charles Lloyd, Gary Burton, Larry Coryell and Miles, welcomed what the electronics, the pumped-up bass and drums, and the wailing guitar could offer their creativity. They freely embraced the innovations of James Brown, Sly Stone, Jimi Hendrix, and Ravi Shankar and were happy with the younger generation flocking to hear them.

The great rock clubs Fillmore East and West introduced jazz artists to the hippie crowd by putting them on triple bills with the psychedelic bands and/or established Blues and Latin stars. On the other side of the spectrum, some stuck to an elitist vision of what jazz was and was not. Popularity and financial success were double-edged swords.

What early pioneers of fusion musicians seem to share was an openness to communicate across genres, a desire to improvise, and a hunger and a curiosity to travel to new places with their music. That last aspect was shared by their listening audience.

Tune in Sunday, May 22, at 7 pm when The Jazz River takes you back to When Fusion Was Young. Only on KUVO Jazz.