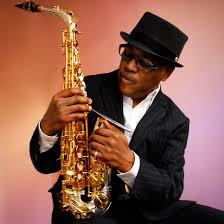 Drummer Louis Hayes and saxophonist Greg Osby are members of two different jazz generations. And this week, you can compare those generations when both players hit the area, working with a number of strong, area-based musicians. The Detroit-born drummer, who turned 79 this year, landed in New York as a teenager and quickly became a member of one of pianist Horace Silver’s classic quintets (with a frontline of trumpeter Blue Mitchell and saxophonist Junior Cook).

He played on several Silver recordings, including a Blue Note album I feel in love with back in 1959 – Blowing the Blues Away. After his run with Silver, Hayes joined the Cannonball Adderley Quintet and was with that band until 1965 and then joined the Oscar Peterson Trio.  He has also played with the giants from Coltrane to Monk and has led his own groups from the Jazz Communicators to the Cannonball Adderley Legacy Quintet.

He is around town as part of his residency at the University of Northern Colorado (UNC). On Thursday, the drummer, in the company of the UNC Faculty Jazz Group, performs in Greeley at the Moxi Theater, 802 9th St., at 7 p.m. (970-584-3054). Then on Friday, Hayes and the UNC faculty group move over to Dazzle, 930 Lincoln, for sets at 7 and 9 p.m. (303-839-5100).  Also in terms of his local connection, Hayes has worked and recorded over the years with Javon Jackson, a tenor saxophonist who grew up right here in Denver.

The other visitor is the St. Louis-born Osby, who once again joins saxophonist Josh Quinlin’s O’Tet (with Ben Markley, Matt Smiley and Ed Breazeale) for sets at Dazzle on Saturday at 7 and 9 p.m.  Born in 1960, the saxophonist, who is 23 years younger than Hayes, joined drummer Jack DeJohnette’s Special Edition band in 1985. He connected with fellow saxophonist Steve Coleman and tuned into the mixed genre approach to the music labeled M-Base (with its early hip-hop moments). He recorded a long string of discs on Blue Note; and back in 1988, he was on the I Remember album from Denver’s Dianne Reeves.

Along with Hayes and Osby, you can catch the Duke Ellington-Billy Strayhorn version of Tchaikovsky’s The Nutcracker at the Rialto Theater, 228 E. 4th St. in Loveland when the University of Colorado’s Thompson Jazz Ensemble with guest trumpeter Brad Goode doing the sounds from the Duke’s 1960 album at 3 p.m. on Saturday (970-962-2120). On December 13, the ensemble repeats the Nutcracker outing at the Lakewood Cultural Center at 7 p.m. (303-987-7845).

Thursday finds pianist/drummer Art Lande bringing his “S” Band (with guitarist Khabu Doug Young, bassist Bill McCrossen and saxophonist Mark Miller) to Baur’s Listening Lounge, 1512 Curtis, starting at 8 p.m. (303-615-4000). Lande is simply a top-shelf pianist. By the time he settled in Boulder in 1987, he had a long list of credentials, including his superb Rubisa Patrol group that recorded for ECM.

Returning to Saturday, saxophonist Joe Anderies and pianist Justin Adams join with bassist Gabe Rupe and drummer Julian Archer at La Cour, 1643 S. Broadway, at 6:30 and 8:30 p.m. under the label of the Three Generations Project (303-777-5000). And, over at Nocturne, 1330 27th St., the fine, young trumpeter Gabe Mervine leads a quartet at 7 p.m. on Thursday. Nocturne also features The Democracy band that includes the great clarinetist Don Byron on Tuesday at 7 p.m. That group continues on Tuesdays until December 27 and it’s a chance to hear a monster player (303-295-3333).

Finally, back to Dazzle, where singer Venus Cruz is on stage on Thursday at 7 p.m., saxophonist Peter Sommer does his Holiday Show with a septet on Sunday at 6 p.m. and GAMEjazz goes from the 1940s to Charlie Brown at 6 and 8 p.m. Sommer is also at Nocturne with a quartet on Saturday at 7 p.m. 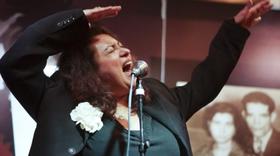