The Night Beat—Birthdays of the Swing Era 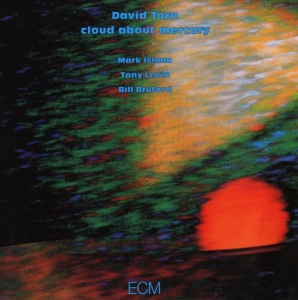 Join Doug Crane this Wednesday evening at 8pm for The Night Beat as he notes the birthdays of trumpeter Ziggy Elman, vocalist Denise Donatelli and guitarist David Torn. It’s also the 95th anniversary of the birth of jazz legend Miles Davis. Doug promises you’ll hear a healthy dose of classics from Miles.

Ziggy Elman joined the Benny Goodman Orchestra in 1936, participating in many of Goodman’s most important recordings including the 1938 Carnegie Hall Concert. He worked with the Tommy Dorsey Orchestra in the 1940s. Health issues curtailed his career in the 1950s. He passed away at the age of 54 in 1968.

After working at CNN and raising a family, Denise Donatelli embarked on her career as a jazz vocalist. Three of her five recordings as a leader have been nominated for Best Vocal Album Grammy Awards. She has a gift for choosing obscure songs deserving of wider recognition.

David Torn’s career as a musician has taken him down a number of roads. In addition to his own recordings as a guitarist, he’s worked with Jan Garbarek, Bill Bruford, Tony Levin, Mark Isham, k. d. lang, David Bowie, Tim Berne and Ryuichi Sakamoto. He composed the film score for “Lars and the Real Girl.” Doug will spin Side Two of David’s classic jazz-fusion LP “Cloud About Mercury” from 1987 beginning around 8:30 pm.

Time permitting, Doug plans to feature some yet-to-be-determined music from new additions to the KUVO library.