The Night Beat — Jazz Goes to the Movies Week Two 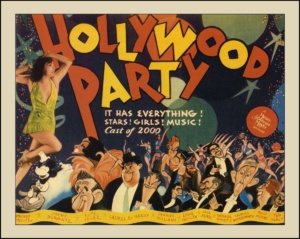 Before the advent of sound, both men provided piano accompaniments in nickelodeons and theaters to silent movies of the early 1920s.

In his lifetime Walter Donaldson wrote over 600 songs, some of which remain popular with jazz artists including “Love Me or Leave Me”, “My Baby Just Cares for Me”, “My Buddy” and “Makin’ Whoopee”.  “My Blue Heaven” with lyrics by George Whiting and recorded in 1928 by crooner Gene Austin sold over five million copies worldwide, a feat not equaled until Bing Crosby’s recording of Irving Berlin’s “White Christmas” almost fifteen years later.  It was inducted into the Grammy Hall of Fame in 1978.  His song “You’re Driving Me Crazy” appears in the Oscar-nominated film “Drive My Car”.

J. Russel Robinson was just as prolific a songwriter as Walter Donaldson.  One of his very first compositions “The Sapho Rag” was published when he was 17 years of age.  Upon the passing of the pianist in the Original Dixieland Jazz Band due to the flu epidemic of 1919, Robinson assumed its chair in the band.  In 1920 the ODJB recorded his composition “Singin’ the Blues”.  Its definitive performance was recorded by Frank Trumbauer, Bix Beiderbecke, and Eddie Lang in 1927 and in 1977 was placed in the Grammy Hall of Fame.  In 1948 Robinson wrote the theme song for the film “Portrait of Jennie”.  Nat Cole’s recording of it was quite popular at the time.  The rest of the music for the film was written by Dimitri Tiomkin, one of our subjects in last week’s show.

While much of the music written by Walter Donaldson and J. Russel Robinson has aged quite well, the same can’t be said for some of the movies.  Eddie Cantor sings “My Baby Just Cares for Me” in a scene in blackface that is especially repulsive.  It might be worth noting that when Eddie had a weekly TV show on NBC during the 1950s, Sammy Davis Jr. was a guest performer on it for two weeks in a row.  The network gave Eddie an edict to not bring back Sammy for more appearances.  Eddie ignored the network choosing to instead have Sammy as a guest on every remaining show for the season.

Join Doug Crane for Jazz Goes to the Movies on Wednesdays at 8 pm throughout the month of March. Only on KUVO JAZZ!