The Night Beat—Joni Mitchell’s “Blue” at 50, the Jazz Covers 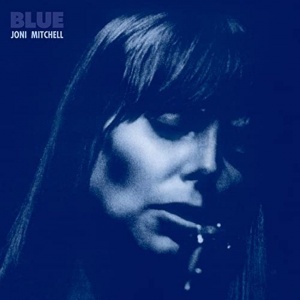 As anyone who was alive in 1971 knows (and has probably told those who weren’t yet born on too many occasions), 1971 was a year unlike any other in the annals of music. There was great music to be found anywhere and everywhere, regardless of the genre. If the early part of the 21st Century can lay claim to the term “Peak TV” due to the quality of what’s available on the small screen, 1971 could be described as the year of “Peak Music”.

B.B. King followed up his hit single “The Thrill is Gone” with the LP “Live at the Cook County Jail.” Jazz/Fusion became a thing with the release of debut albums from The Mahavishnu Orchestra and Weather Report. Freddie Hubbard’s “Straight Life” and Herbie Mann’s “Push Push” proved there was a market for slightly more “commercial” and slicker sounding jazz. For the classical audience, Leonard Bernstein’s “Mass” was greeted with much critical acclaim. And Isaac Hayes changed the sound of movie soundtracks forever with his score for “Shaft”.

The Top 10 Recordings for 1971 included those by Led Zeppelin, Sly and the Family Stone, the Doors, the Who, Marvin Gaye, Carole King, the Rolling Stones, the Allman Brothers and the one we’ve chosen to feature this Wednesday on The Night Beat, Joni Mitchell’s “Blue” released 50 years ago this month.

Recorded in early 1971, “Blue” was her fourth and final recording for Reprise Records as she would soon sign a contract with David Geffen’s new label Asylum.

We’ll dispense with any discussion of the poetry, lyrics and narratives other than to note that “River,” one of the better known songs from “Blue”, is turning up more often on collections of Christmas music. If one bothers to listen to the lyrics, this makes only slightly more sense than someone singing “Every Breath You Take” by the Police during a wedding ceremony. But I digress.

“Blue” is simply a perfect record. That’s why it has appeared consistently on countless Best Recording of All Time lists, usually in the top five and, in the case of National Public Radio, their choice for the Best Recording by a Woman.

But if “Blue” is perfect, why bother with a radio show offering nothing but jazz covers of its songs? That’s the question we’ll hope to answer on The Night Beat on Wednesday, June 30, beginning at 8pm with your host Doug Crane.

Be sure to tune in and, if you have friends that are fans of Joni Mitchell, suggest they tune in too.