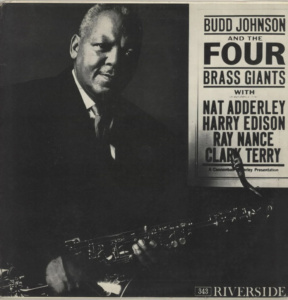 While Budd Johnson (12/14/1910-10/20/1984) may only note an asterisk in jazz history, he was a very important figure as jazz transitioned from swing to bop. While working with pianist Teddy Wilson, both were hired by Louis Armstrong for his band in 1933.  A few years later Budd was working with the Earl Hines band and, in 1944, helped organize what many consider to be the first bop record date, a session led by Coleman Hawkins and featuring Dizzy Gillespie. In the 1970s, Budd was a featured musician at the Dick Gibson Jazz Concerts at Denver’s Paramount Theatre.

Around 1960, Cannonball Adderley felt that Budd needed to be heard by a wider audience and produced an album for Riverside Records called “Budd Johnson and the Four Brass Giants.” It featured the four trumpets of Clark Terry, Nat Adderley, Ray Nance and Harry “Sweets” Edison.  It’s the recording you’ll be hearing on my show. 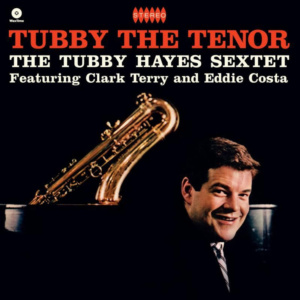 Trumpet and flugelhorn player Clark Terry (12/14/1920-02/21/2015) spent many years with Count Basie, Duke Ellington and Tonight Show Orchestras. He recorded prolifically as a leader and sideman. In fact, the KUVO music library includes at least 150 recordings with Clark. We’re only including two of them: the Budd Johnson album noted above plus a favorite of mine from 1961 with Clark in the front line of a session led by English tenor saxophonist Tubby Hayes. 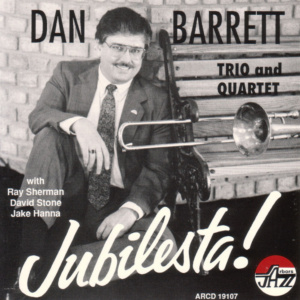 Trombonist Dan Barrett (12/14/1955) is quite well-known within traditional/mainstream jazz circles. He was a frequent visitor to Denver as part of Alan Fredricksen’s Swinging Jazz Concerts in the 1990s and early 2000s.  His trombone playing can be heard in the movies “Cotton Club” and “Brighton Beach Memoirs.” He has performed and recorded with vocalist Rebecca Kilgore, pianist John Sheridan and for a time was the musical director of Arbors Records. 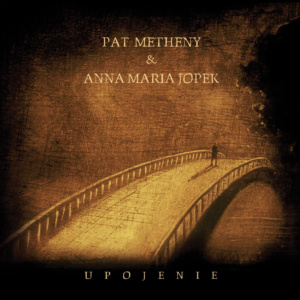 Vocalist Anna Maria Jopek (12/14/1970) is very well-known in her birthplace of Poland. She’s occasionally featured in advertising for credit cards, etc. Around 2002, she recorded an album called “Upojenie” with guitarist Pat Metheny which featured mostly songs written by Pat (and a couple co-composed with Lyle Mays). For reasons unknown, it remained unreleased in the US until 2012 and isn’t especially well-known even today. We’ll feature a few tracks from it (including a Polish Christmas Carol) and a couple of tracks from “Polanna”, an album that features Gonzalo Rubalcaba and Gil Goldstein among others. 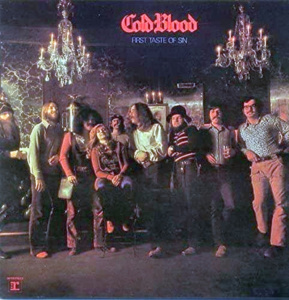 Vocalist Lydia Pense (12/14/1947) has been favorably compared to Janis Joplin. In fact, it was Ms. Joplin herself that suggest to the Fillmore West’s Bill Graham that Lydia and her band Cold Blood be given a chance to audition. We’ll feature a couple of tracks from the 1972 album “First Taste of Sin.” In the producer’s chair was Donny Hathaway and the first recorded version of his song “Valdez in the Country.”

Listen in to The Night Beat with host Doug Crane to celebrate these birthdays on Wednesday, December 14 at 8 pm.