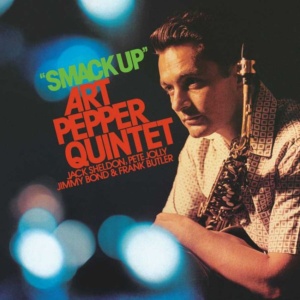 Join Doug Crane this Wednesday evening as he plays music from a variety of jazz musicians, both legendary and with their stars rising that all share September 1st as their birthdate.

Certainly the most legendary, most recorded and arguably the best West Coast Jazz saxophonist of the 1950s is Art Pepper. His recordings “Art Pepper Meets the Rhythm Section” with Red Garland, Paul Chambers and Philly Joe Jones (all members of Miles Davis’ band at the time) and “Art Pepper + 11: Modern Jazz Classics” with arrangements by Mary Paich should be a part of any serious jazz fan’s library. Drug abuse derailed his career throughout the 1960s and early 1970s. He re-emerged on the jazz scene in the latter 1970s as a markedly changed musician conceptually but with his distinctive sound still intact. He passed away at the age of 56. Given the stories he tells in his autobiography “Straight Life” it’s amazing he lived as long as he did.

As part of KUVO’s tenth anniversary party in 1995 at the (now former) El Jebel Shrine, pianist Gene Harris performed with his band. He’s perhaps best known as a member of The Three Sounds and their numerous recordings for Blue Note Records throughout the late 1950s and 1960s, his tenure as the pianist with the Ray Brown Trio and his own recordings for Concord Jazz in the 1980s and 1990s.

While Ed Neumeister may be best known as a trombonist, he is also a fine composer, arranger and educator. Ed’s use of a plunger mute and simultaneous vocalizing into his trombone are eerily reminiscent of the same effect perfected by Ellington trombonist “Tricky” Sam Nanton.

Tune in Wednesday evening at 8 pm for The Night Beat with your host Doug Crane. Only on KUVO JAZZ!