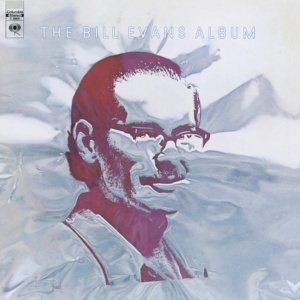 This was the first of three albums recorded for Columbia Records by Evans. The second, titled “Living Time”, followed a year later with music composed by George Russell. Evans had participated in a number of Russell’s recordings in the late 1950s with this project a reunion of sorts. While the trio recording was successful, charting all the way to #14 on the Billboard jazz charts, “Living Time” had a difficult time finding an audience.

Recorded live in Japan in early 1973, the trio’s “The Tokyo Concert” was to be released by Columbia. While issued on Columbia in Japan, the US operation under the auspices of Clive Davis, chose to pass on it. Fantasy Records issued it in the US in mid-1974 reuniting Evans with Orrin Keepnews who had produced all of Bill’s recordings for Riverside Records in the late 1950s and early 1960s.

Despite the success of “The Bill Evans Album”, Evans was dropped by Columbia around the same time Keith Jarrett, Charles Mingus and Ornette Coleman were shown the door in what some have called “The Great Columbia Jazz Purge”.

“The Bill Evans Album” is unique in that it’s the only recording in Evans’ discography to include compositions written solely by him. And it returned Evans to the same recording studio where, twelve years earlier, he recorded “Kind of Blue” with Miles Davis. Evans loved the Columbia 30th Street studio in New York City and it must have loved him as not only are the performances superb but the sound quality is as well.

Oft times CD reissues include alternate takes that might have been better left unheard. While you’ll only hear one of these alternates on Wednesday evening, I prefer the version of “Re: Person I Knew” not included on the original LP.

And as pianist Herbie Hancock will be taking the stage at the Ellie Caulkins Opera House on Friday evening. On Wednesday, September 15 at 8 pm join host Doug Crane as he features Herbie as a leader and sideman including dates led by Lee Morgan, Michael Brecker and Milton Nascimento.