The Night Beat — Tribute to Slide Hampton and Dave Frishberg 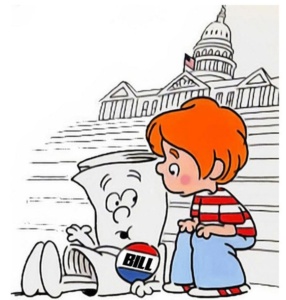 Tune in The Night Beat on Wednesday evening, December 1, at 8, as your host, Doug Crane notes the passing of trombonist, composer, arranger, and NEA Jazz Master Slide Hampton and pianist, songwriter, and vocalist Dave Frishberg.

Slide Hampton’s musical career began when he was quite young as he, along with his siblings, was part of a band led by his parents.

By the late 1950s, he was playing with and writing for Maynard Ferguson’s Birdland Dream Band which, at the time, included Joe Zawinul, Don Ellis, Don Sebesky, Willie Maiden, and a pre-Thelonious Monk Frankie Dunlop on drums.

While Slide was one of the best trombone soloists of his day, he was better known for his outstanding composing and arranging.  Grammy voters agreed as he was awarded a Best Arrangement Grammy for his arrangement of “Cotton Tail” on Dee Dee Bridgewater’s recording “For Ella” and “Past, Present, and Future” from the Vanguard Jazz Orchestra’s recording “The Way” which featured only compositions and arrangements by Slide Hampton.

Songs written by Dave Frishberg could be heartfelt, sentimental, cynical, or humorous and oftentimes all of those things simultaneously.  It was while he was working with vocalist Anita O’Day that she requested Dave write something “sultry”.  Thus begat “Peel Me a Grape” perhaps best known from recordings by Blossom Dearie and Diana Krall.  One of his most poignant set of lyrics belongs to “You Are There” written from the perspective of a grieving widow or widower who, as if in a dream, still feels the presence of a lost partner.  Cynicism abounds in songs like “Wheelers and Dealers” and “My Attorney Bernie”.  And, for those of a certain generation, they’re more likely to know his song “I’m Just a Bill” written for School House Rock even if they don’t know who wrote it.

As for what you’ll be hearing…

We’ll feature Slide Hampton in recordings by Maynard Ferguson, bassist Sam Jones, a rare two trombone outing with fellow trombonist Curtis Fuller, the Vanguard Jazz Orchestra, Dee Dee Bridgewater, and J.J. Johnson’s 1997 recording The Brass Orchestra which, considering how much Slide contributed to it, he should be listed as a co-leader on the date.