The Nutcracker Suite on Jazz with Andy O’ 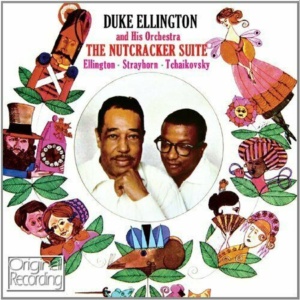 One of the lesser-known holiday traditions at KUVO JAZZ is the yearly airing of “The Nutcracker Suite” on Christmas Day. It’s not just any Nutcracker. It’s the Ellington & Strayhorn version.

To call it an arrangement doesn’t do the piece justice. There is composition involved in this jazziest of reimaginings. The Ellington Nutcracker was written and arranged in 1960 with the lion’s share of the arranging by Billy Strayhorn. On the original recording the album cover features three names as co-creators Tchaikovsky, Ellington and Strayhorn.

It was the first time Strayhorn’s name and picture appeared on an Ellington album cover. At that time an openly gay black man born in 1915 would have been shunned if he rose to fame and prominence so he worked in the background. Ellington paid for Strayhorn’s expenses and supervised his work, but The Duke did not dictate Billy’s projects. Duke was famous and accepted as a “Black Genius” and showman and leader to the public. Upon the release of the album the two men agreed that Strayhorn should be represented on the cover.

The album was a big hit at Christmas in 1960 but it eventually became overshadowed by other Ellington/Strayhorn collaborations until the release of the nine-part score for sale to schools and orchestras in 2010.

At KUVO we’ve been playing selections since it’s reemergence on the 1990 release “Duke Ellington -Three Suites.”  We are proud to bring it to you on Christmas morning at 9 am in its entirety.