The Real Ambassador— A Century of Dave Brubeck 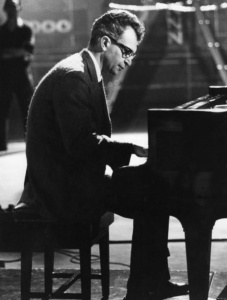 “The Nightside with Andy O’” on December 6, 2020, coincides with Dave Brubeck’s centenary. With that in mind all four hours of the show will be dedicated to his music and feature an extensive interview with his son Chris Brubeck, as well as music from the 1962 soundtrack “The Real Ambassadors.” That breakthrough recording features Louis Armstrong, Carmen McRae, Lambert Hendricks & Ross and Dave Brubeck’s band, and music with words by his wife Iola Brubeck.

On the December 6, special, you will also hear Brubeck recordings featuring the poetry of Langston Hughes, and mash ups of Dave’s solo piano with his favorite poems.

Just released in December 2020 on the Brubeck family record label Brubeck Editions is “Time OutTakes,” an album featuring never-before-released out-takes of compositions on his most popular album “Time Out.”

Celebrate the real ambassador Dave Brubeck, from cowboy to composer, on “The Nightside with Andy O’” on Sunday, December 6, from 8 pm to midnight, only on KUVO Jazz!

(NOTE: In celebration of the Dave Brubeck centennial, KUVO Jazz will be sharing Brubeck selections from its library of more than 200 tracks throughout Friday, December 4, and Saturday, December 5.) 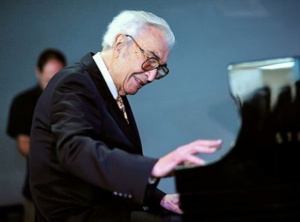