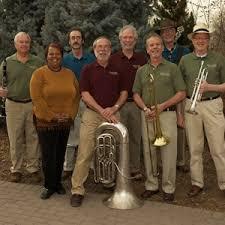 The festival scene shifts to Evergreen this week for the traditional and mainstream oriented Evergreen Jazz Festival that runs from Friday morning until 6:30 p.m. on Sunday in four locations around Evergreen. The groups on tap from outside Colorado are: the Fat Babies out of Chicago; the Kris Tokarski Trio from New Orleans; the Carl Sonny Leyland Trio from California; and bassist/singer Nicki Parrott and her B.A.D. Rhythm group. The remaining seven bands are from inside the state. They are: the Queen City Jazz Band with singer Wende Harston; Joe Smith’s Spicy Pickles; Gypsy Swing Revue; the Hot Tomatoes Dance Band; After Midnight; the Felonius Smith Trio; and the Poudre River Irregulars. For details, check evergreenjazz.org.

Next week, the festival scene swings back to the mountains with the Telluride Jazz Festival that takes place August 5-7. This year’s guest of honor is Jon Cleary and the entire affair has a gumbo flavor to it with Kermit Ruffins’ BBQ Swingers and the Rebirth Brass Band along with John Scofield doing a duo with Cleary, Jeff Coffin and the Mu’tet, Galactic and other groups (telluridejazz.org).

Meanwhile back in Denver this week, trumpeter/singer Bria Skonberg is at Dazzle, 930 Lincoln, on Thursday (at 6:30 and 8:30 p.m.) and Friday (at 7 and 9 p.m.). The player from Canada, who now resides in New York, has a new CD, simply titled Bria, coming out in September. Over the four year’s since she released her first disc on an American label, Skonberg has managed to stir up the musical water with a fairly traditional stick. In a recent edition of DownBeat, for example, she was named one of the 25 players for the future. She comes to Denver and Dazzle after stops in Vail and Aspen (303-839-5100).

Following Skonberg, Dazzle on Saturday serves up the Joe Anderies/David Roistein Generations Project at 7 and 9 p.m. The saxophonist/flutist/educator Anderies and the pianist/educator Roistein have a family connection and the rest of the band includes the saxophonist son’s Trevor Anderies on drums, Gonzalo Teppa on bass and Alex Heffron on piano. The next night, Sunday, finds pianist Ben Markley at the club on Lincoln with a big band and has noted trumpeter Terell Stafford on hand doing the music of pianist/composer and NEA Jazz Master Cedar Walton at 7 p.m. Walton, who passed away in August 2013, attended the University of Denver and wrote a number of tunes that became part of the jazz repertoire. Trumpeter Stafford, of course, is a regular part of the Vail Jazz Festival that runs over the Labor Day weekend.

Continuing on the trumpet front, Bobby Shew, who has been part of the big bands led by Woody Herman, Buddy Rich, Maynard Ferguson and Toshiko Akiyoshi (to name a few) is at Dazzle on Tuesday at 7 p.m. Shew is playing with the faculty of the Denver Jazz Trumpet Consortium. And on Thursday, singer Madeleine Peyroux is at the L2 Church, 1477 Columbine St., at 8 p.m. in concert sponsored by Swallow Hill Music (swallowhillmusic.org).

Additionally on Sunday, City Park Jazz has the group Imagine (with Melvin Seals (the Jerry Garcia Band), Ray White (Frank Zappa), Damon Wood (James Brown) and others in City Park by the lake at 6 p.m. This is the penultimate City Jazz concert that wraps up this year’s season on August 7. On Thursday, pianist Michel Camilo, (with drummer Cliff Almond and bassist Lincoln Goines) is at the Jazz at Vail Square series at 6 p.m. Camilo is a superb pianist out of the Dominican Republic (vailjazz.org). Then on Wednesday, it’s the GAMEjazz quartet at Dazzle at 7 p.m.  Wednesday also offers a tribute to Herbie Hancock from players associated with the Motet and other groups. The sounds are at Cervantes, 2637 Welton in Five Points, starting at 9 p.m. (303-297-1772). An remember that on August 4, Nocturne, 1330 27th St., has the Fareed Haque/ Tony Monaco Trio with Greg Fundis on drums starting at 7:30 p.m.

On a final note: the Gift of Jazz Collective Saturday concert at the Galleria in the Denver Performing Arts Complex has a time change. This Saturday, the music starts at 4:45 p.m. rather than 3 p.m. It runs until 6:45 p.m. 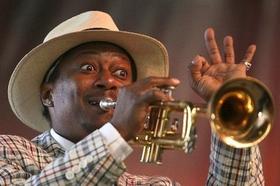