Share
Geoff Anderson hosts The Night Beat with Geoff Anderson, which includes a segment called the Vinyl Vault where Geoff takes a record for a spin.

I’ve been listening to, buying and collecting records for well over 50 years. For much of their existence, records were by far the highest quality audio source available with tape was its main competitor.

CDs came along in the ‘80s and pretty much did away with album cover art (and, almost, albums themselves). They were more expensive, but offered more music: 60 minutes or so compared to 38 or 40 minutes on vinyl. Then, the iPod hit the scene eliminating the physical product altogether. Now streaming’s the thing, making the concept of “owning” music obsolete.

So records are fun, but are they delicate or durable? It depends almost entirely on the quality of their care. Properly handled and stored, records can remain in top shape and sound crisp and clear for decades, generations even. However, when mishandled, records can quickly degenerate into a scratchy, screechy mess far more likely to annoy than entertain.

Back in the record heyday of the ’60s and ’70s, record abuse by the masses was as widespread and disheartening as disco music. Greasy fingers directly on the playing surface, stacking of records on “automatic” record players, leaving records lying around outside their jackets, and one of the worst sins of all – playing records with a penny taped to the tone arm.

And record production was notoriously uneven. Some labels used virgin vinyl of course, but other labels weren’t so picky. Stories abounded of record labels that took their unsold records, melted them down (paper labels and all) and used the residue to print more records. The result was vinyl with a paper content sometimes as high as 7%. How does paper imbedded in vinyl sound? Pour the milk on those Rice Krispies and you’ll see. Some records sounded like this right out of the shrink wrap.

Yet, over the years the Vinyl Vault has grown to around 1,500 records boasting many, many real gems. Most of them still sound great. (Maybe not ear-lobe-licking great, but pretty close, on average.)

I picked up many of the Vinyl Vault records used or as cut-outs (discontinued by the record labels). Records are still for sale at a few stores here and there and you can still find plenty of them in the $2-3 range, many great ones too.

Tune in Tuesdays from 8-10 pm MST for The Night Beat with Geoff Anderson to enjoy the record gems in the Vinyl Vault. 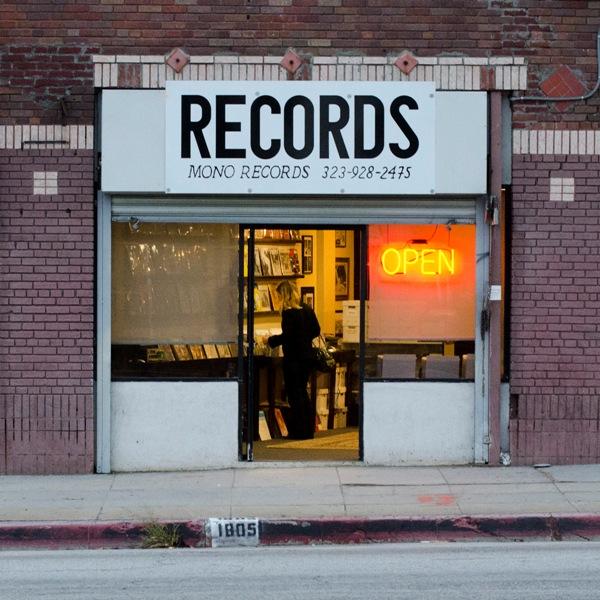