The Vinyl Vault: “The Sun and Moon Have Come Together” 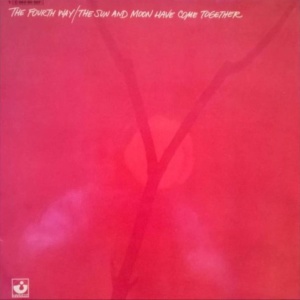 This week’s Vinyl Vault features the second album from the little-known band The Fourth Way. The album, “The Sun and Moon Have Come Together,” was recorded live in Berkeley in 1969 and released the following year on Harvest Records. Formed in San Francisco in 1968, the band consisted of Michael White on violin, Mike Nock on Fender Rhodes electric piano, Ron McClure on bass and Eddie Marshall on drums. The band is credited with being a pioneer in the fusion of jazz, rock and world music. Tune in for a taste of a musical genre forming before your very ears; the Vinyl Vault with host Geoff Anderson on Tuesday, October 29 at 8:30pm on KUVO Jazz.