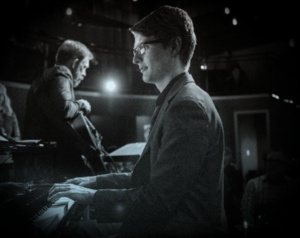 Tom Amend is a organist, pianist, composer, and arranger from Denver, Colorado. Performing and recording often throughout the Rocky Mountain Region in various settings as both a leader and a sideman he can be heard with with Colorado based Soul/Blues artists: The Burroughs and the Taylor Scott Band. Tom was selected as a semifinalist for the American Jazz Pianist Competition in 2014 and 2015, and was a finalist in concert in 2017. He also received third place at the 2015 Jacksonville Jazz Piano Competition. Amend received a Bachelor of Music in Jazz Studies and a Masters of Music in Jazz Composition at the University of Northern Colorado.

Tom is currently an Adjunct Professor of Jazz Piano at the University of Northern Colorado.