Celebrate the contributions of Native American women and the roots of Mexican food with a special virtual cooking session and conversation with Chef and Food Writer, Adán Medrano. This event comes ahead of his award-winning film, Truly Texas Mexican, which explores the Native American roots and influence of indigenous women in Texas Mexican cuisine. 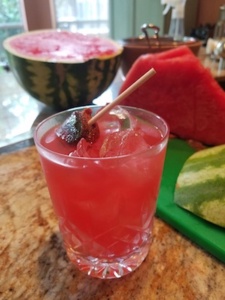 Texas Mexican food sustained Native American memory and identity. Cooking foods like nopalitos, deer, mesquite and tortillas, indigenous women led the cultural resistance against colonization. It’s the “comida casera,” (home cooking) of contemporary Texas Mexican American families. Comida casera was made famous in the late 1800s by indigenous businesswomen, chefs, who operated outdoor diners in downtown San Antonio. Later dubbed “Chili Queens”, the chefs were harassed and forced out of business. 15,000 years ago, Native American women domesticated the plants and cooked the same game and fish we eat today.  But other women followed in their footsteps and now tell their story. The road movie weaves through Texas cities, naming the racism that erased Native American history and celebrating the food that kept alive their communities.

All those in attendance will be entered to win a Truly Texas Mexican cookbook, or a weekend pass to Su Teatro’s XicanIndie FilmFest (virtual).

The Return of the Barrio Moon