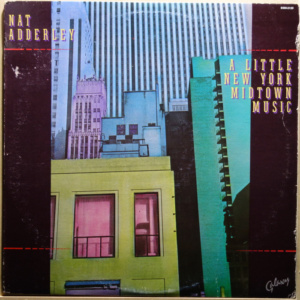 This week, the Vinyl Vault will feature “A Little New York Midtown Music” by Nat Adderley. Released in 1979 on the Galaxy label, the album featured Johnny Griffin on tenor, Victor Feldman on keys, Ron Carter on bass and Roy McCurdy on drums along with Adderley’s cornet. This strong lineup gives a workout to all-original compositions from the band. Dig the Vinyl Vault, Tuesday, August 20 at 8:30 with host Geoff Anderson on KUVO Jazz.