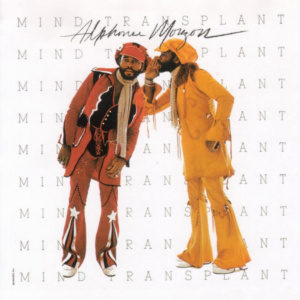 Drummer Billy Cobham is coming to town later this month and that brought to mind other drummers from Cobham’s heyday in the 70s. One of those, who was also trekking the fusion trail was Alphonse Mouzon (1948 – 2016). In 1973, Cobham released the classic “Spectrum” album. Two years later, Mouzon released a similar album, “Mind Transplant.” Not only do the two albums share a fusion aesthetic and inspired playing, both albums featured guitarist Tommy Bolin, a wonder kid who had Colorado connections.

And so, the next Vinyl Vault will feature tracks from Mouzon’s 1975 classic “Mind Transplant.” Released on Blue Note Records, the album also features Lee Ritenour and Jay Gradon on additional guitars, Jerry Peters on keyboards and Henry Davis on bass. Bolin, who lived in Boulder for some time, also played with Colorado rock band Zephyr as well as the James Gang and Deep Purple. He released two solo albums before his untimely death in 1976.

Mouzon had spent time playing with Larry Coryell and did a year with Weather Report. “Mind Transplant” is widely regarded as Mouzon’s finest work.

Check out “Mind Transplant” with Geoff Anderson on the next Vinyl Vault on Tuesday, September 6 at 8:30 pm on KUVO JAZZ.