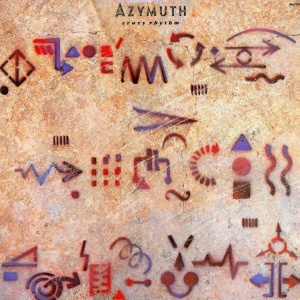 Next time on the Vinyl Vault, we go to Brazil with the prolific Rio de Janeiro band Azymuth and their 1988 recording on the Milestone label, “Crazy Rhythm.” Throughout most of its more than 40-year existence, the band remained remarkably consistent personnel-wise with the same core trio of Jose Roberto Bertrami on piano and keyboards, Alex Malheiros on bass, acoustic guitar and vocals, and Ivan Conti on drums, percussion, and vocals. For this album, the band was joined by Joe Pass on guitar on two tracks and several Brazilian musicians adding horns, vocals, guitar, and more percussion.

The album captures the sound of Brazil with its samba and joyful pulse and rhythmic complexity, incorporating jazz and funk. For years, the band had been describing its music as samba doido or crazy samba. The name “Crazy Rhythm” captures a slightly wider rhythmic spectrum than focusing solely on the samba and the album follows suit with varied, but always lively rhythms.

Since the mid-1970s, the band has released about 30 albums, most recently in 2016. Ten of those albums were released on the Milestone label and “Crazy Rhythm” was the second to last of that series.

Join Geoff Anderson on Tuesday, April 6, at 8:30 pm for the Vinyl Vault only on KUVO JAZZ.