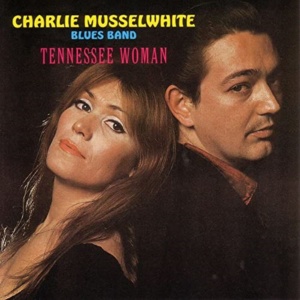 The Vinyl Vault heads to the blues side this week with a 1969 Vanguard album from harp master and vocalist Charlie Musselwhite and his Blues Band entitled “Tennessee Woman.” Recorded when Musselwhite was 25 years old, he was already a band leader, composer, and performer.

The programme features some Musselwhite originals as well as a number of covers from blues icons including Willie Dixon, Fenton Robinson and Walter Jacobs. A highlight is an epic 11 minute plus version of Duke Pearson’s “Cristo Redemptor.” That one features no small jazz influence due in large part to the keyboard player in the band at that time, Skip Rose. To similar effect is another jazzy bluesy instrumental written by Rose, “A Nice Day for Something.”

In addition to Musselwhite and Rose, the band at that time featured Tim Kaihatsu on guitar and backing vocals, Carl Severied on bass, Fred Roulette on steel guitar and Lance Dickerson, later of Commander Cody’s Lost Planet Airmen on drums.

Musselwhite, now 76, is still going strong. Just this year, he released “100 Years of Blues” on Alligator Records. He has co-billing with Elvin Bishop and the title of the album references the combined number of years Musselwhite and Bishop have been playing the blues.

Join Geoff Anderson for the Vinyl Vault with some blues from Charlie Musselwhite this Tuesday at 8:30, only on KUVO JAZZ.