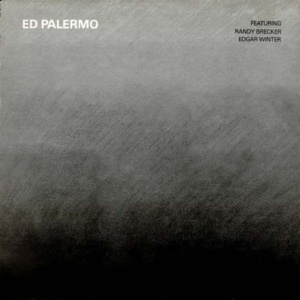 This week, the Vinyl Vault reaches back to 1982 for the first album by master arranger/composer Ed Palermo. The album was originally just called “Ed Palermo,” but has since picked up the moniker “Papier Mache” which is the name of the lead-off track. The album features a 15 piece big band with guest appearances by Randy Brecker, David Sanborn, and rock star Edgar Winter. Palermo was particularly proud to land Winter as a guest artist and gave him space for two solos on the lead-off track, one on alto sax and the other on organ and scat singing. Palermo has called those solos two of the best things Winter has ever recorded.

Palermo arranged all the songs on the album and wrote or co-wrote most of them. He also appears for a couple of saxophone solos. But writing and arranging are his real strong points. No less an authority than Gil Evans stated that, “Ed has the ability to keep that important balance between cohesiveness and unpredictability.” In commenting specifically on this album, Evans said, “The band members are all extremely talented and play the hell out of his material. This is a great album. Ed Palermo’s music is alive and represents now.” Nearly 40 years later, the album maintains that vitality and is not dated in the least.

Palermo has gone on to release another 10 or so albums including several focusing on the music of Frank Zappa. He’s also arranged music for jazz big band from the likes of the Beatles, Paul Butterfield, and Mike Bloomfield, King Crimson, Green Day, Traffic, Jimi Hendrix, Miles Davis, Todd Rundgren, Thelonious Monk, John Coltrane, Shostakovich, Cream, Radiohead and many more.

Check out the first Ed Palermo album on the Vinyl Vault with host Geoff Anderson, Tuesday evening, August 4, at 8:30 pm, only on KUVO JAZZ.