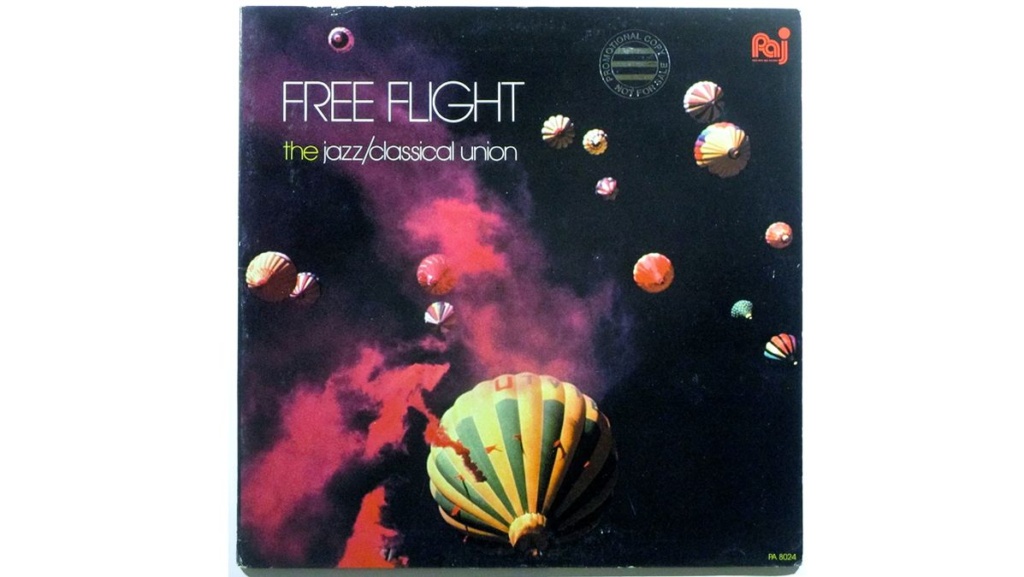 Jazz meets Classical music on the Vinyl Vault as we dip into an album called “The Jazz/Classical Union” by the band Free Flight. Released in 1982 on the Palo Alto Jazz label, the music is indeed a fusion of two stately art forms.

Bandleader Jim Walker on flute was the principal flutist for the Los Angeles Philharmonic when he decided he needed a little jazz in his lifestyle. Free Flight allowed him to keep one foot in the Classical canon, explore the rich jazz tradition and step out front for some extensive improvisation. He was joined on the album by Milcho Leviev on acoustic and electric pianos and various synthesizers, Jim Lancefield on acoustic and electric bass, and Ralph Humphrey on drums.

Kicking off the album is a snappy version of Dave Brubeck’s “Blue Rondo A La Turk” which sets the mood for the rest of the album with its continual transformations between Baroque and Bebop. Other selections use well-known Classical pieces as launching pads for jazz and improvisational flights, grafting familiar European melodies onto propulsive African rhythms. Some of the composers represented include Chopin, Pachelbel, Bach and Paganini. Several cuts are original compositions by Leviev done up on the same motif.

Join Geoff Anderson for a different kind of fusion on Tuesday, November 2, at 8:30 pm on the Vinyl Vault. Only on KUVO JAZZ.